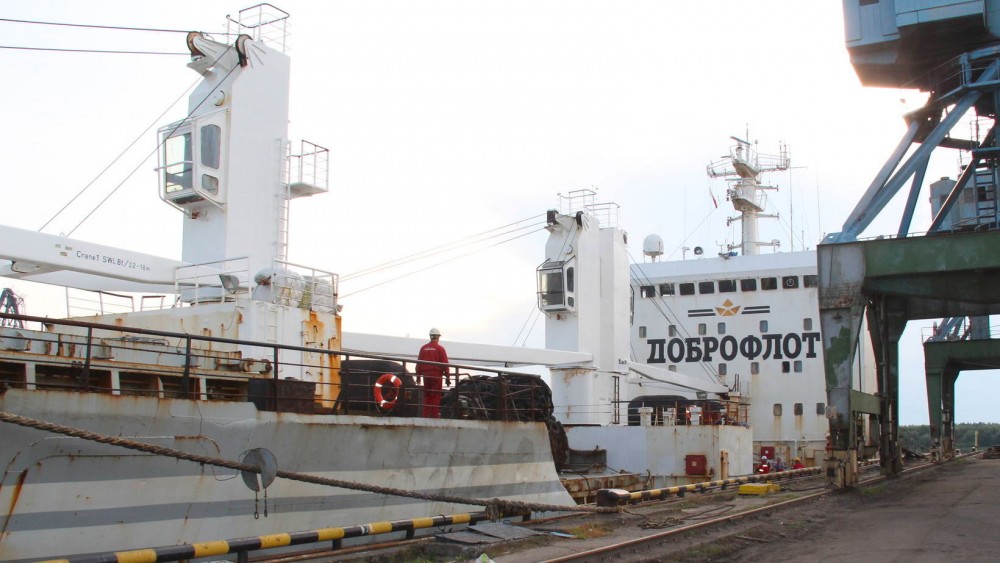 You might think that there is more than enough fish in the northern waters near Arkhangelsk. However, this time the fish delivery came from afar.
Read in Russian | Читать по-русски
By

The ship «Garmoniya» on 24 August arrived in Arkhangelsk with 3,000 tons of frozen fish on board. The vessel, as reefer, had made it transit across the Northern Sea Route from the far away city of Vladivostok.

It is the first ever delivery of its kind to the north Russian city, regional authorities say. It will not be the last.

According to Aleksey Zaplatin, the General Director of the Arkhangelsk Trawler Fleet, there are planned up to three similar shipments per year. “This marks the start of a long-term cooperation,” he says.

The annual delivery of up to 12,000 tons of frozen fish will account for a significant share of fish shipments to Arkhangelsk. The formerly great fishery port today handles only about 15-17 thousand tons, Zaplatin reveals.

The frozen fish from Vladivostok will now be stored in the refrigerating facilities of the Arkhangelsk Trawler Fleet before parts of it is transported to processing plants in central parts of the country.

The reefer «Garmoniya» in 2016 delivered a similar cargo to Murmansk. That shipments was the first of its kind after a more than ten year break.

Figures presented by the Center for High North Logistics show that 11 of the ships sailed from west to east, and that seven of them carried a Russian flag. Twelve of the shipments were made without icebreaker assistance.