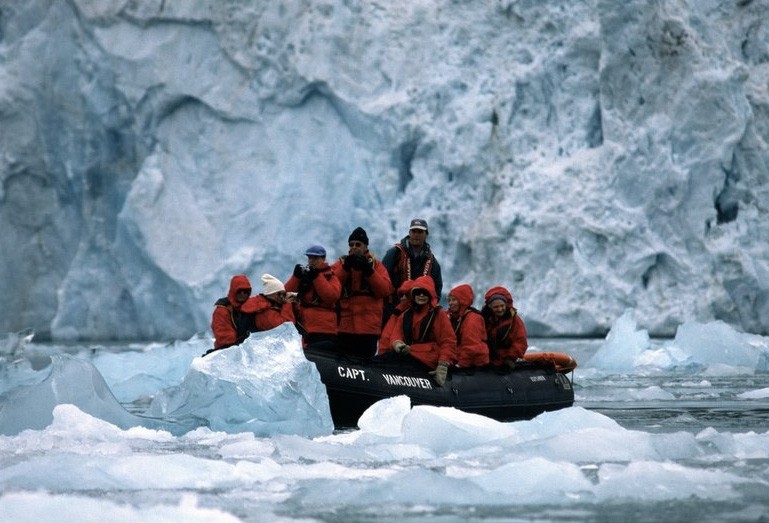 Franz Josef Land has a 20 percent increase in the number of visitors.
Read in Russian | Читать по-русски
By

Arctic tourism is on the rise, also in the remotest part of the vast northern region.

Figures presented by the Russian Arctic National Park show that a total of 1,142 tourists this year visited Franz Josef Land, Russia’s northernmost Arctic archipelago. That is a 20 percent increase compared with 2016, and almost a doubling compared with 2013 when 639 tourists were on site.

The strongest growth this year comes from the Russians themselves. Three times more Russians visited the remote Arctic islands compared with previous years. According to the managers of the national park, the growth is connected with the 40 years anniversary celebrations of icebreaker «Arktika’s» first visit to the North Pole, an event which was marked with a voyage to the islands by icebreaker «50 let Pobedy».

A total of 11 cruise vessels this year paid a visit to the islands. The ships followed three different routes through the archipelago and there were inspectors of the national park on board of each of them, a press release informs.

A visit to Franz Josef Land comes with a price. Rates start at $8,995 per person in a triple classic cabin. A premium suite is twice that price. No wonder the age category 51-70 accounts for the overwhelming number of visitors.

In an interview with the Barents Observer last year, CEO of Lindblad Expeditions, Sven-Olof Lindblad said mass tourism now is on its way to the Arctic. «Tourists are coming in a big wave. Companies follow each other,» he said. Lindblad Expeditions was in 1969 the the first company to get a purpose-built vessel for cruising the waters of the Arctic and Antarctic.