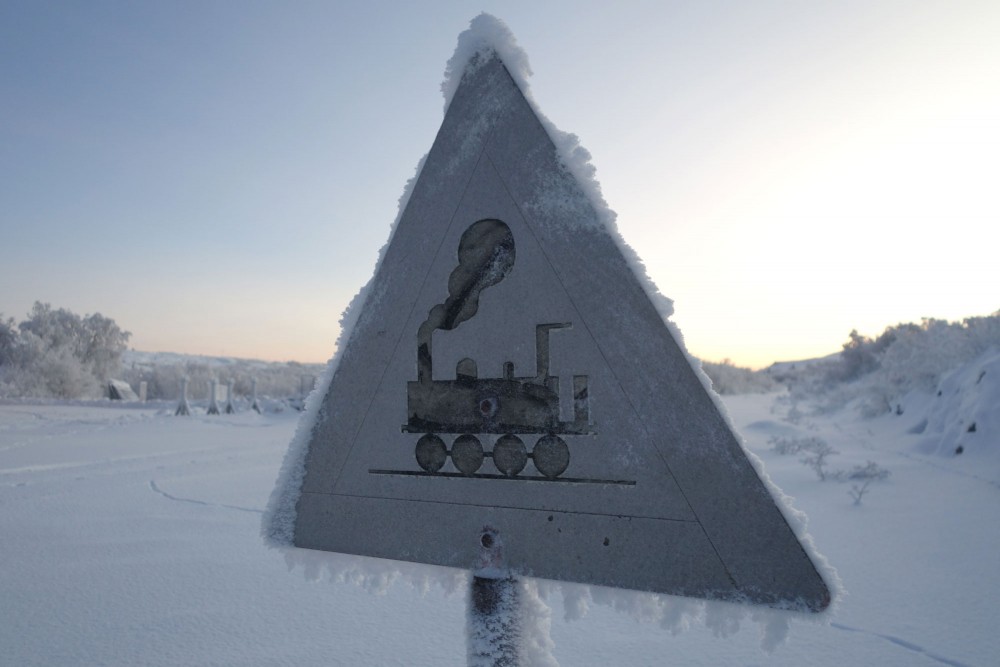 A new sea port with railway connection could potentially handle up to ten percent of container trade between China and northern Europe, local planners in Kirkenes say
Read in Russian | Читать по-русскиRead in Chinese | 阅读中文版
By

It is the perfect place for a major logistics hub, says Arve Tannvik. He represents the Kirkenes Business Park, which has just released a new report on local infrastructure perspectives.

This is where the wide-stretched forests of the Finnish Lapland meet with Norway’s Barents Sea coast, and where the Nordic region borders with the Russian Kola Peninsula. Tannvik points at the map of the Northern Sea Route, the shipping connection along the Russian Arctic coast, and outlines the distance to China and the countries of Northeast Asia.

It is far shorter than through the Suez Canal, and ships can save both time and fuel by choosing the northern route. The local business chamber argues that Kirkenes should be turned into a new Arctic logistics hub. And backing is solid from local and regional authorities.

Also on national level there is a growing interest. The country’s Public Roads Administration and Coastal Administration are already planning a new major sea port in the area, and the Ministry of Transport in neighbouring Finland is studying the perspectives for a rail connection.

According to the new report, up to ten percent of the current container traffic between the countries of Northeast Asia and northern Europe could be channeled through Kirkenes. The new local sea port would be able to handle 550,000 containers per year, and the rail connection could provide for transportation of ten south-bound trains per day.

By year 2040, more than 200 meter long container ships would shuttle to the new Barents port and reload its goods onto 750 meter long trains. Up to 600 new jobs could be created in Kirkenes alone, the new report titled «An Arctic railway vision» reads.

It would make the small town bigger in container traffic than Gothenburg in Sweden. The trains would run to Rovaniemi in Finland on a brand new 550 km long railway, and from there further to Baltic and north European destinations through a projected underwater tunnel from Finland to Estonia.

Teaming up with China

«It is a vision,» Tannvik underlines. But he clearly believes it can become a reality. If Kirkenes and its partners manage to convince the right decision makers.

Tannvik has worked with local infrastructure development since the early 1990s when the Cold War ended and relations with nearby Murmansk picked pace. Back then, it was cross-border infrastructure to Russia which was the main priority. Now, it is Finland and Rovaniemi which is in focus. And Northeast Asia. The new Kirkenes report was published just few days before China released its Arctic Policy document.

Both the Kirkenes report and the Chinese white paper highlight the development of an «Arctic Silk Road» for shipping and trade. And Kirkenes firmly believes it can provide the perfect match. Recently, Kirkenes town Mayor Rune Rafaelsen went to the north Chinese city of Harbin where he signed a cooperation agreement with local authorities. He followed in the footsteps of a string of local entrepreneurs, shipping companies and tourist developers all eager to explore new Arctic partnerships.

The new Norwegian National Transport Plan includes a point about the projected railway link between Rovaniemi and Kirkenes, and the country’s Minister of Transport Ketil Solvik-Olsen in September positively commented on the proposed route.

But Kirkenes is far from alone. Several other places want a piece of the cake and challenge the Rovaniemi-Kirkenes alternative. Among them is the city of Tromsø, which argues that a connection with Kolari in Finland is better.  Tromsø has a bigger population and stronger economy than Kirkenes, city Mayor Kristin Røymo underlined in a recent conference.

Competition between the two towns is heating up. According to Kenneth Stålsett, leader of development company Sør-Varanger Utvikling, Kirkenes can provide the quickest connection to the big markets. And it will be cheaper. In order to make it to Tromsø with a railway there will have to be massive drilling of tunnels, he argues.

Boils down to politics

But the key decisions will not be made in Kirkenes or Tromsø, nor in Rovaniemi or Kolari. At the moment, the momentum is in Helsinki where Minister of Transport and Communication Anne Berner is preparing a first project feasibility report. It will be presented in March this year, and could be a crucial paper for the further process.

The Finns aim for a key role in north European logistics schemes and an Arctic railway line with a connection to the Baltic would make it a major hub.

But needed investments are huge and the number of uncertainties is significant. By year 2040, new logistics schemes and technology might have altered basic preconditions. And the current major climate changes and ice melting in the Arctic might tilt the balance in other stakeholders’ favors.

According to Arve Tannvik, the new Kirkenes report focuses on economy and commercial aspects. Issues of geopolitics and national sovereignty are not on the table now, he underlines.

That, however, could change soon enough. After all, this is big politics. And it is the Arctic.