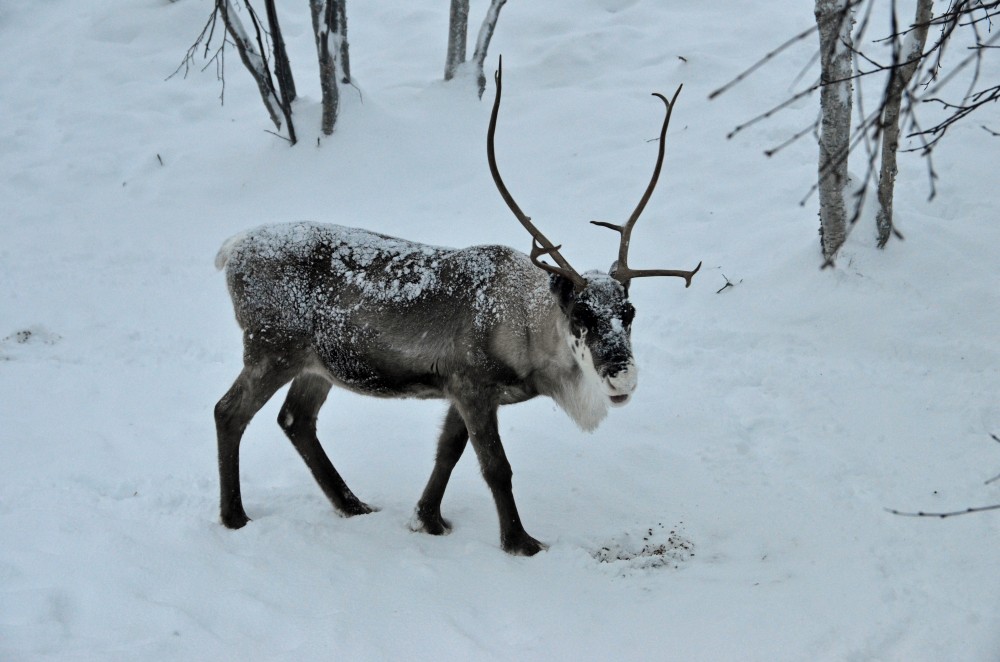 More than 658,000 reindeer are up for vaccination in order to prevent another outbreak of the deadly bacteria infection.
Read in Russian | Читать по-русски
By

Regional authorities on March 12th kickstarted this year’s major immunization effort as the first teams of veterinaries moved out the remote tundra area with bags filled up with vaccine doses against anthrax.

In the course of the year, at least 658,000 reindeer are to be vaccinated, the first 50,000 already in the course of March, regional authorities say.

It is all part of an effort to prevent an outbreak of the deadly infection, similar to the one in 2016. Then, a young boy died and at least 115 people were hospitalized. Military personnel was sent to the region and burned more than 2,300 infected reindeer in order to halt the spread of the infection.

About 667,000 reindeer in the region were subsequently vaccinated in a huge immunization effort.

This year, about 160 people will be engaged in the efforts. They will operate 30 stationary and 100 mobile vaccination units. It is the second year in a row that they mass vaccinate animals against anthrax, but the first time that they start already in March.

According to regional chief veterinary Andrey Listishenko, spring time is the most practical and cheapest period for the vaccination effort. Furthermore, many reindeer herders have themselves requested vaccination at this time, he says in a press release.

Listishenko and his people now have on hand a total of 520,000 doses and another 800,000 is to arrive in the course of the year. That will be sufficient both for this and next year, the regional authorities say.

The 2016 anthrax outbreak is believed to have come from an old burial site with reindeer that died of the disease more than 70 years ago. Veterinary authorities fear that more outbreaks will occur as climate change is melting the tundra permafrost bringing more similar burials sites to the open.

“There are thousands of such cattle graves across Russia and many of them are inside the Arctic Circle, says Sergey Netesov, Chief of the bionanotechnology, microbiology and virology laboratory with Novosibirsk State university told the media.

Anthrax infections are lethal unless they are treated with antibiotics.