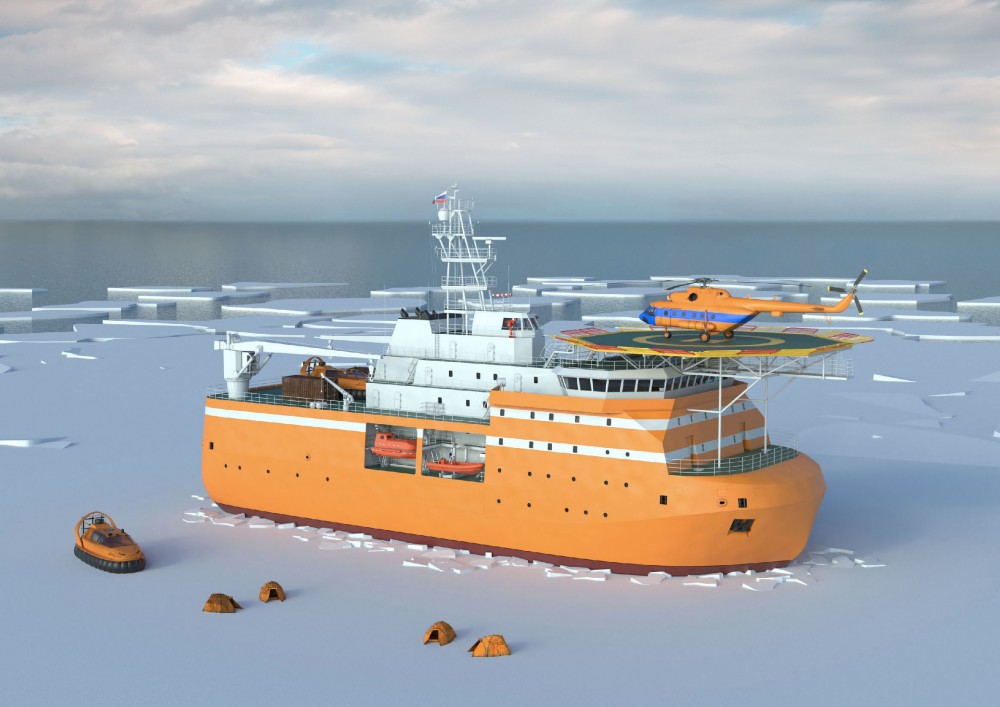 The Arctic research platform is to be ready for operation in 2020. Illustration by Admship.ru

It will house up to 62 people and be able to move autonomously around in Arctic ice for up to two years.
Read in Russian | Читать по-русски
By

The Russian Hydrometeorological Service (Roshydromet) has signed a contract with the Admiralty Yard in St. Petersburg over the construction of the North Pole research platform.

The floating self-propelled installation will have ice classification Arc8 and fuel supplies sufficient for two years of autonomous sailing. It will have a crew up to 14 people and can house 48 researchers.

It is to be completed in year 2020. Construction is expected to start early 2019.

«Today’s event marks the start of a principally new and comprehensive phase in the battle for scientific knowledge in the Arctic under condition of melting ice», Roshydromet leader Maksim Yakovenko said as he signed the construction contract with Admiralty Yard Director Aleksandr Buzakov.

«We are proud that Russia here is in the lead», Yakovlenko underlines.

«The new Arctic platform is made for year-round complex scientific studies in high altitudes in the Arctic Ocean», the Admiralty Yard informs. It has been engaged in project preparations for the last two years.

The yard has built several of Russia’s polar research vessels, among them the «Academician Treshnikov» from 2012.

The North Pole platform is to replace Arctic research stations based on drifting ice floes.

The last “real” ice station, “North Pole-40”, was established in October 2012,  and had to be evacuated in May 2013, because the ice floe the base was placed on, started to break apart.