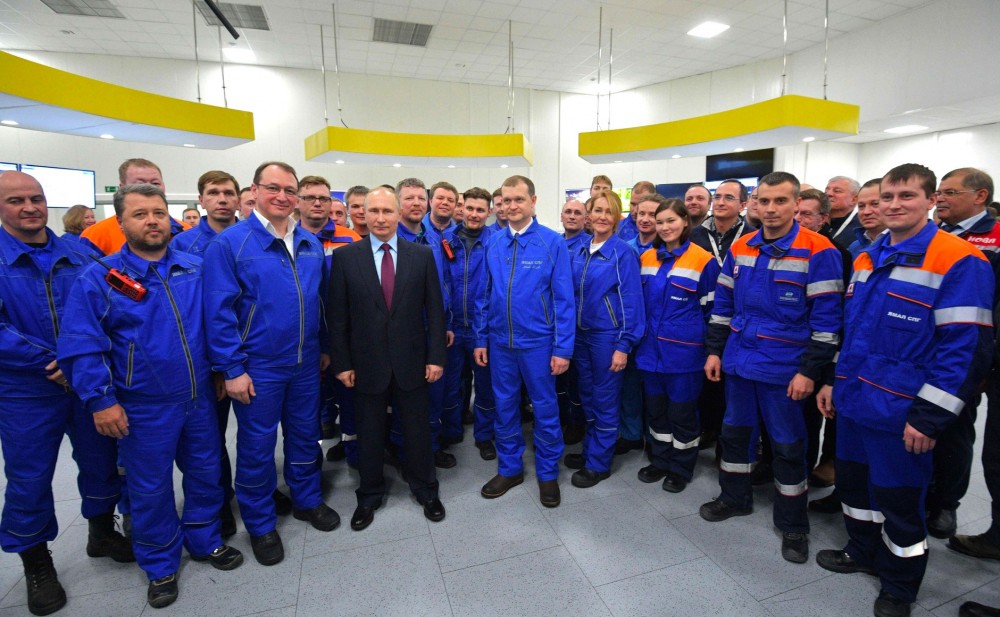 President Putin presents his policy priorities for the next 6 years.
Read in Russian | Читать по-русски
By

As he last week entered into his fourth term in office, the President handed over to Government a comprehensive list of goals and strategic objectives. Among them is an ambitious target for the Northern Sea Route.

The decree states that the NSR is to be developed and that annual goods volumes on the route is to increase to 80 million tons by year 2024. That is an 8-fold increase compared with 2017 when 10,7 million tons were shipped through the Arctic waters.

The decree follows the the President’s speech on the state of the nation in March.

Putin then made clear that the Northern Sea Route must be turned into a global, competitive transport artery.

«The Northern Sea Route will be the key to the development of the Russian Arctic and the regions of the Far East. By 2025, its traffic will increase tenfold, to 80 million tons,» Putin underlined.

The president’s ambitions for the NSR significantly exceeds estimates previously presented by the country’s Ministry of Natural Resources. A memo from the ministry says that shipping volumes could increase to 67 million tons by 2025 and to 72 million tons in 2030. Half of it will be LNG, and much of it will be shipped eastwards through the ice-covered waters of the Russian east Arctic.

Only about five months after it opened, the Yamal LNG announced that volumes shipped out through the ice-covered waters had exceeded two million tons of liquified natural gas.

Another substantial part of the goods increase on the NSR will be coal. According to company VostokCoal, as much as 30 million tons of high-quality coal is to be extracted annually by 2025 from the Taybass basin in Taymyr Peninsula. Already in 2019, production will amount to ten million tons, the company has said.

The President’s decrees to government also includes a wide range of other ambitious objectives. Among them is the increase in life expectancy, reduction in poverty and boost in economy. By 2024, Russia must be among the five biggest economies in the world, Putin says.

Unlike the decrees issued by Putin in 2012, the new national priorities do not highlight military issues and national security.