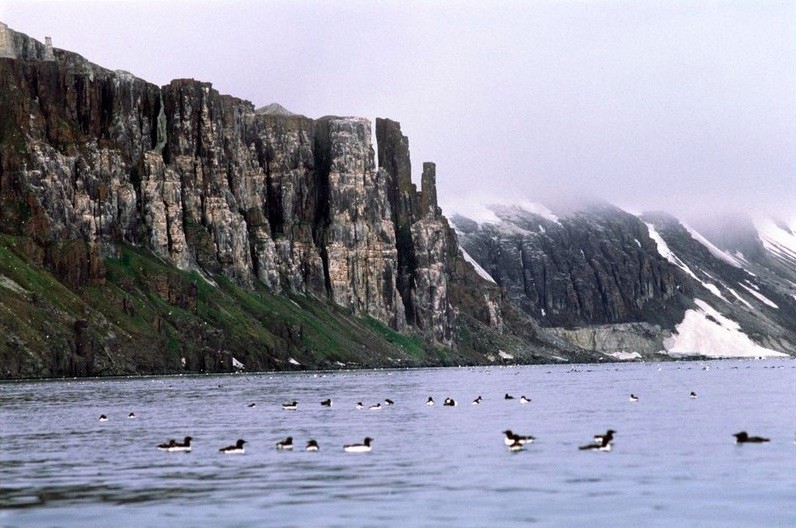 Victoria Island and its nature is up for better protection.
Read in Russian | Читать по-русски
By

The 10,8 square km island located between the archipelagos of Franz Josef Land and Svalbard is due to be included in the Russian Arctic National Park.

A proposal on the issue is now under review by the Russian Ministry of Natural Resources, TASS reports.

According to national park Director Aleksandr Kirilov, the expansion of the park could be completed in the course of 2018.

Previously, the Victoria Island was almost completely covered by glaciers. Over the last decades, that ice has significantly retreated and left bigger parts of the land open.

The island, which is located at 80 degrees North, was incorporated in the Soviet Union in the early 1930s. Before that, Norwegian explorers, among them Gunnar Horn and Peder Eliassen had made attempts to claim it.

The Russian Arctic National Park is reportedly Russia’s biggest protected nature reserve. It was originally established in year 2009. In 2016, it was expanded and today includes the whole Franz Josef Land and the northern parts of the Novaya Zemlya. The national park today covers an area of 8,8 million hectares.