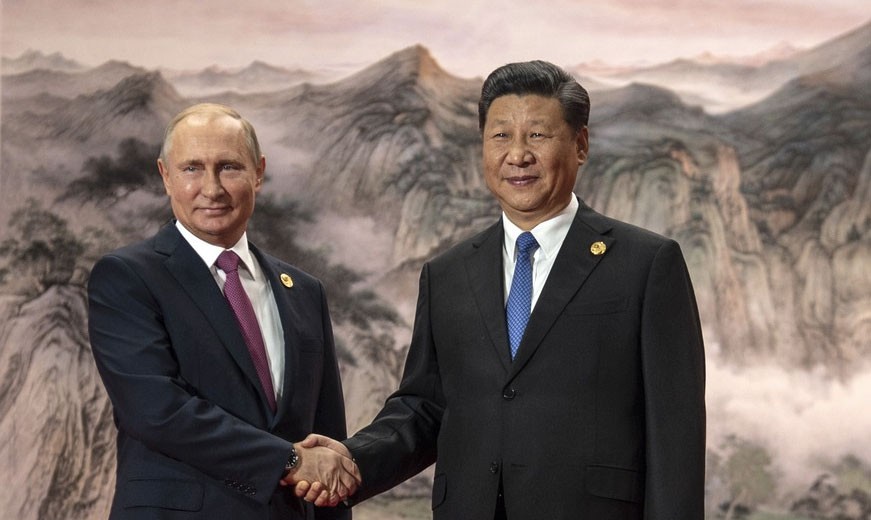 Building of Russian Arctic infrastructure is part of a $9.5 billion credit agreement signed with the China Development Bank.
Read in Russian | Читать по-русски
By

On the sidelines of the recent Shanghai Cooperation Organisation’s summit in Qingdao, China, leaders of Russia’s Vnesheconombank (VEB) and the China Development Bank met to sign one of their countries’ biggest bilateral investment deals ever.

The agreement includes the possible provision of more than 600 billion rubles ($9.5 billion) of Chinese money to the state-controlled VEB. It is aimed at creating a financial mechanism for joint integration processes on the area of the Eurasian Economic Union and the Chinese Belt and Road initiative, the bank informs.

Jointly selected projects will get funding and the Northern Sea Route is presented as a priority. Of the about 70 projects that will be covered by the new agreement, the Russian Arctic shipping route is the only specifically mentioned in the press release from the Russian bank.

«The cooperation between VEB and CDB will be a major contribution to the development of integration processes on the Eurasian continent,» says VEB Director Igor Shuvalyov.

The establishment of the new financial mechanism comes on a Chinese initiative and is part of the country’s great One Belt, One Road-initiative, a major effort to build infrastructure across the Eurasian region, including the land-based Silk Road Economic Belt and the Maritime Silk Road.

Big ambitions have been outlined in several previous meetings, including in the Shanghai Cooperation Organisation’s summit in Ufa, Russia, in 2015. Solid support has been expressed from countries all along the Eurasian region, including from Russia.

In a forum devoted to the initiative in Beijing in May 2017, President Putin underlined that Russia «not only supports the project One Belt One Road, but also actively participates in its development along with Chinese partners.»

A communique adopted by 30 heads of states at the Beijing forum expresses support for practical cooperation on infrastructure development, including roads, railways, sea ports, river ways and airlines, as well as fiber-optic cables and telecommunications. It also specifically emphasises the Northern Sea Route.

With the major investments now provided by the Vnesheconombank and the China Development Bank, the two countries will have the possibility to step up infrastructure development in the Arctic. Chinese companies are from before a major stakeholders in several major regional projects, including the Yamal LNG. Money from Beijing are also in the pipeline to infrastructure initiatives such as the Belkomur railway. More projects could be in the making.

Moscow is increasingly grappling with fulfilling its ambitious Arctic projects and will be eager to get Chinese investors on board. Regional authorities in Murmansk are now confronted with the state treasury’s problems to finance the Murmansk Transport Hub. A similar situation could soon be the case also in the Northern Latitudinal Passage, the projected grand railway project in the Yamal-Nenets region.