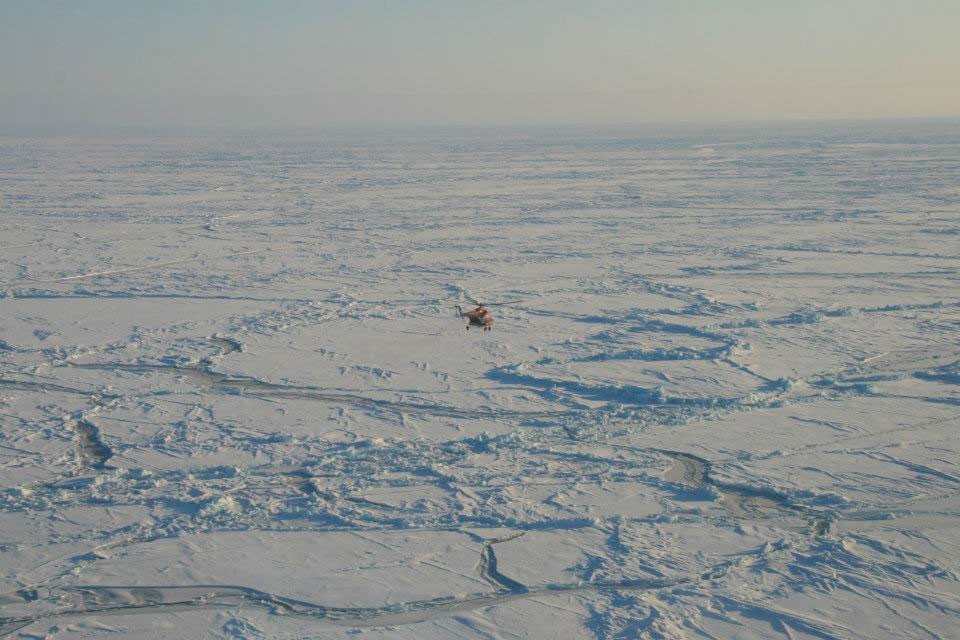 Parachuters are on the ice, this year’s North Pole camp has started

Two helicopters first flew over the area to find a suitable site for camp. Then came an air drop of people and equipment from an aircraft Il-76.

The helicopters in mid-March left Krasnoyarsk and had pit stops in Igarka and Khatanga, Vesti Yamal reports. They then circled over the North Pole ice in search of the best ice floe. People and equipment was put on the ice and preparations made for the air drop.

The Il-76 flew from Murmansk on the 27th March after a 5-day delay because of bad weather. On board were several tons of equipment, including barrels of fuel, two tractors, foodstuff and material for building the ice camp, B-port reports.

It is the 19th time that the Barneo camp is organized. It is used by researchers, as well as by tourists. A tourist visit to site comes with a price. Tours organized by company Russia Discovery has a cost of almost €20.000 for a three-day trip. The tours start in Longyearbyen in Svalbard, Norway, and then proceeds with aircraft An-74 to the ice camp.

The camp is to officially start on 1st April and due to last most of the month. However, ice conditions are increasingly unpredictable. Last year’s camp was the shortest ever. It officially opened on 13th April and was abandoned only 12 days later.

Similarly, the ice drift of the campers was shorter than ever. The Barneo-2018 drifted only about half the distance of the Barneo-2017.

This year’s expedition is organized by the Polyus Expedition Center of the Arctic and Antarctica in cooperation with the Ministry of Defense.