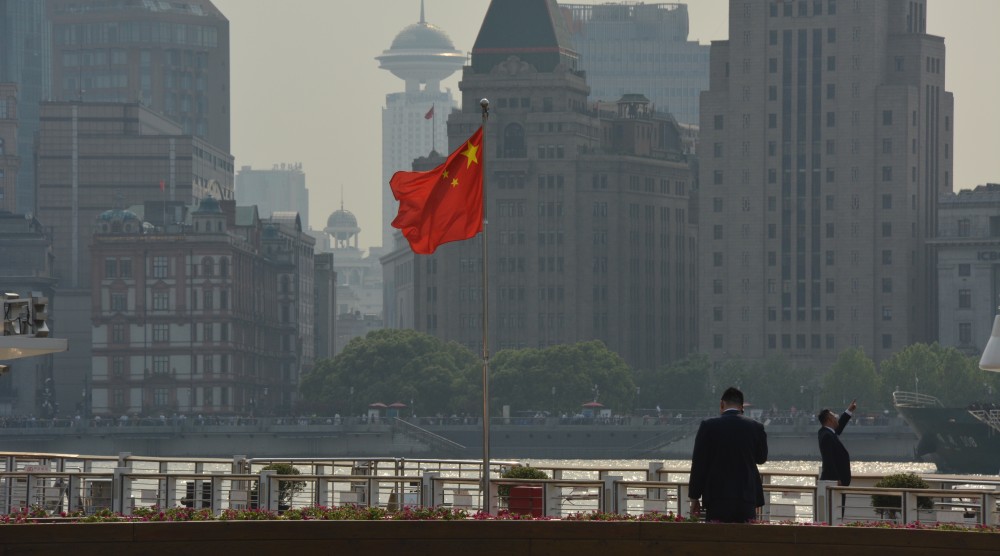 Only hours after the Americans stunned fellow Arctic countries with a forceful show of discord, the new Icelandic chair of the Arctic Council sends a top-heavy delegation to Shanghai.
Read in Russian | Читать по-русски
By

As a kind of illustration of the quick shifts in current Arctic affairs, a host of politicians, government officials and analysts from several countries this week flew straight from the Arctic Council meeting in Rovaniemi, Finland, to an Arctic Circle conference in Shanghai, China.

The controversy that shook the participants in Rovaniemi had not yet stifled as speakers checked in at the major Arctic event in China.

The U.S unwillingness to sign an Arctic Council declaration that included focus on climate change and Secretary Mike Pompeo’s confrontational approach towards Russia and China on Monday rocked the multilateral Arctic body normally known for consensus and smooth cooperation.

Never before has the Arctic Council member countries failed to agree on a joint declaration following their bi-annual ministerial meetings.

Frustration is big among Arctic leaders and diplomats. But they put up a brave face as they on Friday this week stepped up on the podium in the Arctic Circle China, the first ever event of the kind in the Asian country.

«I would not draw too many conclusion from this,» said Icelandic Permanent Secretary of State Sturla Sigurjonsson. «In international fora, member states can have different views and opinions, it is quite common,» he told the Barents Observer.

Sigurjonsson was one of the leaders of the major Icelandic delegation that attended the event in Shanghai.

According to the foreign ministry representative, the growing level of controversy is reflected in the fact that the role and the position of the Arctic Council is changing. «It is getting a higher profile than it used to have,» he made clear.

The small North Atlantic country will now chair the Arctic Council for the next two years. The chairmanship program is in line with the one from outgoing chair Finland, and includes three main priority areas; the Arctic Marine Environment, Climate and Green Energy Solutions, as well as People and Communities of the Arctic.

In a statement made during the Rovaniemi meeting, Iceland’s Foreign Minister Guðlaugur Thór Thórdarson made clear that the chairmanship period will not be easy.

«The geostrategic situation in the region has changed and this reality is also reflected in the Arctic Council’s international status and the attention that the work of the Council enjoys. It has evolved from being a peripheral regional venue to being a truly central body for co-operation in the region,» Thórdarson said.

US interest in Arctic

The Icelandic chairmanship also includes a forth priority, which is to «make the Arctic Council stronger». According to the country’s priority program, Iceland will «strive to enhance the constructive cooperation that has always been a key strength of the Arctic Council.»

In the current atmosphere of higher tension, it will not be an easy job for a country of only 350,000 people. But the Icelandic foreign ministry argues that the Americans will not be a problem and that Washington actually wants a stronger Arctic Council.

«I do not see anything in the speech of Mike Pompeo that is contrary to our goal of strengthening the Arctic Council,» Permanent Secretary of State Sturla Sigurjonsson underlined to the Barents Observer. «We will work closely with the US as we do with other member states and we welcome their increased interest in the council. And their interest is definitely stronger.»

The Icelanders were well represented in the Arctic Circle China event. Along with Permanent State Secretary Sigurjonsson were several more ministry officials. In addition came a host of business representatives, as well as managers from the Arctic Circle itself.

The Arctic Circle has since it was established in 2013 become a leading venue for international talks on the Arctic. Big annual conferences are held in Reykjavik and lately also in other parts of the world, including Singapore, South Korea and now China.

The Arctic Circle Secretariat is based in Reykjavik, the Icelandic capital.

Over the past 12 months there have been extensive discussions between representatives of the Arctic Circle and the Icelandic Foreign Ministry on how to proceed with the Council chairmanship, he admits.

According to Grimsson, the Arctic Circle is a convenient venue for the chair country of the Arctic council to present its policy and program and that it was used actively by both previous chairs Finland and US

«I believe the Artic Circle makes it easer for the Arctic Council to communicate with the observer states on a meaningful level because of the restrictions that exists in the Council.»

But the former president is not ready to let big politics and Arctic rivalry affect his Arctic Circle.

«That will be a diplomatic challenge for the Icelandic Ministry of Foreign Affairs and the Iceland government.»