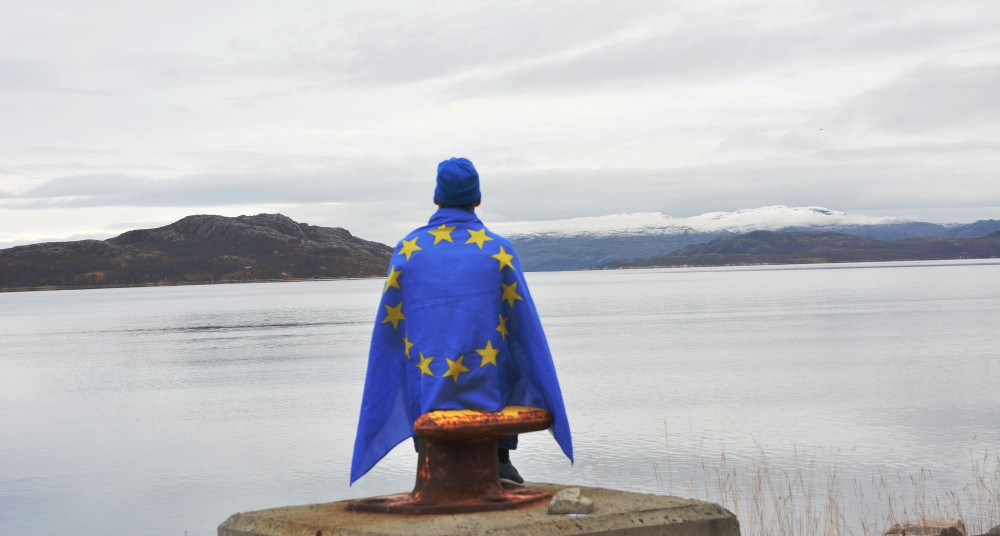 European leaders warn that regional security is at risk and call for the introduction of a new Arctic governance structure. But a stronger EU role in the region might not be welcomed by Arctic states
Read in Russian | Читать по-русски
By

Unprecedented and looming changes at alarming speed. The melting of the Arctic has devastating global implications and the EU is not ready to stand by watching.

Only three years after it adopted its Arctic Policy, the European Union now starts the work with a new Arctic strategy document.

The document adopted in 2016 was considered a breakthrough for EU Arctic affairs. Now, it is already outdated, representatives of the Commission admit.

«The developments that are now taking place are so dramatic that there is a call for the EU to get more strongly engaged,» said EU Ambassador for the Arctic Marie-Anne Coninsx.

She spoke at the Arctic Circle, the major Arctic conference in Reykjavik, Iceland

The work with the new strategy has not yet been started, but its formalized launch could happen shortly after the new EU Commission takes office on 1st November this year.

The rising EU engagement in Arctic affairs was reflected also in early October when a first EU Arctic Forum was organized in the north Swedish city of Umeå. A statement at the event stresses the EU’s «strong commitment» for the Arctic.

«With three EU Member States and two European Economic Area members being Arctic states, the EU has a strategic role and interest in the Arctic remaining a “low-tension–high cooperation” area,» the document reads.

It is not only the EU that grapples to keep up with the rapid changes in the Arctic. Several countries find that their current national strategies for the remote northern region are getting out of date. Among them is Finland.

The country’s Prime Minister Antti Rinne during the Arctic Circle confirmed that his government is in the process of developing a new national strategy, and he also called on the EU to do the same.

«We believe there should be more EU in the Arctic and more Arctic in the EU,» he underlined and added that the elaboration of a new Arctic strategy should be a priority for the incoming EU Commission.

“The EU has a lot to offer in the Arctic,» he underlined.

The Nordic country currently chairs the EU Council, and its Prime Minister Rinne highlighted that «we do our best the keep the Arctic on the Union agenda.»

A part of the new and updated EU Arctic document will include a higher stress on security. According to Marie-Anne Coninsx, «our new strategy will have to address security, because all developments in region affect the security situation.»

«We want a low-tension region with stress on security cooperation,» she said and underlined that she has in mind first of all soft security issues.

At the same time, Coninsx argued that hard security risks in the Arctic remain low. The reason, she explained in one of her speeches in the Arctic Circle, is that «there is a very strong Arctic spirit and strong wish to have cooperation instead of confrontation.»

«Yes, there is increase of activity and competition in the Arctic, and a growing risk that conflicts outside of the Arctic get into the Arctic, [but] the best way to deal with security is to have strong cooperation.

According to the Ambassador Coninsx, the new Arctic EU strategy will have to focus on climate change and its implications on geo-economic, geopolitical and security issues in the region.

She also stressed that there is a need for a new international structure for regional governance.

«There is a gap in focus on security in current Arctic governance structures,» she told the audience in Reykjavik and made clear that she does not have the answer to what should be done.

«We need innovative ideas to make sure that security matters are properly addressed by Arctic states and beyond. Security must be addressed somewhere.»

That new structure should not be part of the Arctic Council, the EU representative said.

«It would not be wise to bring in security issues to the Arctic Council, and I also do not think that members would like that.»

«I personally also do not think that it would be good idea to bring it into NATO,» she added.

The Ambassador highlights the importance of the Arctic Council as forum for dialogue and cooperation. At the same time, she underlines that it is not an exclusive body. «There are also other important fora for Arctic issues.»

The European Union has long been a key stakeholder in Arctic cooperation. It is world leading in environmental policy and climate action, but it has still not got observer status in the Arctic Council.

«It is a paradox,» Marie-Anne Coninsx admits.

It is Russia that now blocks the EU’s bid for observer status and no official explanation has been given from the Kremlin. But the EU is confident that it is related with the sanctions imposed by Brussels following Russia’s annexation of the Crimea.

«Of course it is not good for relations and it is a paradox, but I am confident that it will be solved in the future,» the EU representative says. She argues that the EU today is still able to work like the other observers despite the lack of formal status.