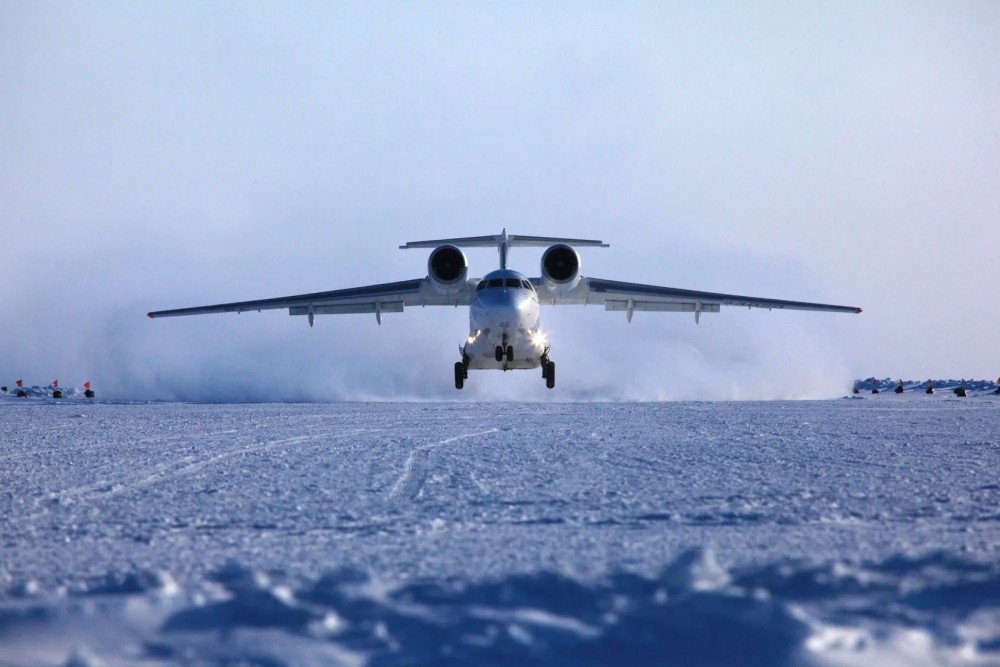 The An-74 has until now been used for remote and complex flights. Here from the Barneo base near the North Pole. Photo: campbarneo.com

It must be able to carry up to 10 tons of goods and have a flight range of 4000 km, the Russian developers of the Northern Sea Route underline.
Read in Russian | Читать по-русски
By

The aircraft is included in the new government plan for the Northern Sea Route, a document that was signed and stamped by Prime Minister Dmitry Medvedev on the 21st of December.

According to the plan, key decisions on the development of the new Arctic aircraft are to be taken by December 2020. Alternative development proposals as well as financial sources for its construction are to be prepared, the Russian government informs.

The plan is authored by Rosatom, the state nuclear power company that has gotten key responsibilities for the development of the Northern Sea Route.

The aircraft will have to be able to carry up to 10 tons and have a flight range of up to 4,000 km. It must have capacities that enables it to land and take off on the ice as well as on unpaved dirt airfields in the remote Arctic. A total of three aircrafts of the kind must be built, the Northern Sea Route planners say.

The plane could ultimately be based on the Il-112B, a light new generation transport aircraft that is built to replace the aging An-24 and An-26 models. The Il-112B has been under planning since the early 2000s and a first test flight was conducted in March 2019, the United Aircraft Corporation informs.

In addition to the new Arctic aircraft, the Russian Northern Sea Route planners also want a new transport helicopter that are to be able to do autonomous flights in the region. The helicopters must be designed for smooth landings on the current and projected icebreakers and there will be a need for five of them, the plan says.

The new Northern Sea Route document builds on President Putin’s decrees from May 2018 and the request to boost annual shipments on the Northern Sea Route to 80 million tons by year 2024. It includes as many as 84 points and covers a wide range of priorities, from the development of needed infrastructure and building of new ships to the mapping of natural resources and launch of new satellites and meteorological equipment.

Included is also the upgrade of four Arctic airports; the ones in Amderma, Pevek, Chersky and Keperveem.

The new plan comes at the same time as the federal government is in the process to complete a new Law on the Arctic. The new legislation is expected to be adopted in the first quarter of 2020 and include major incentives for natural resource developers.