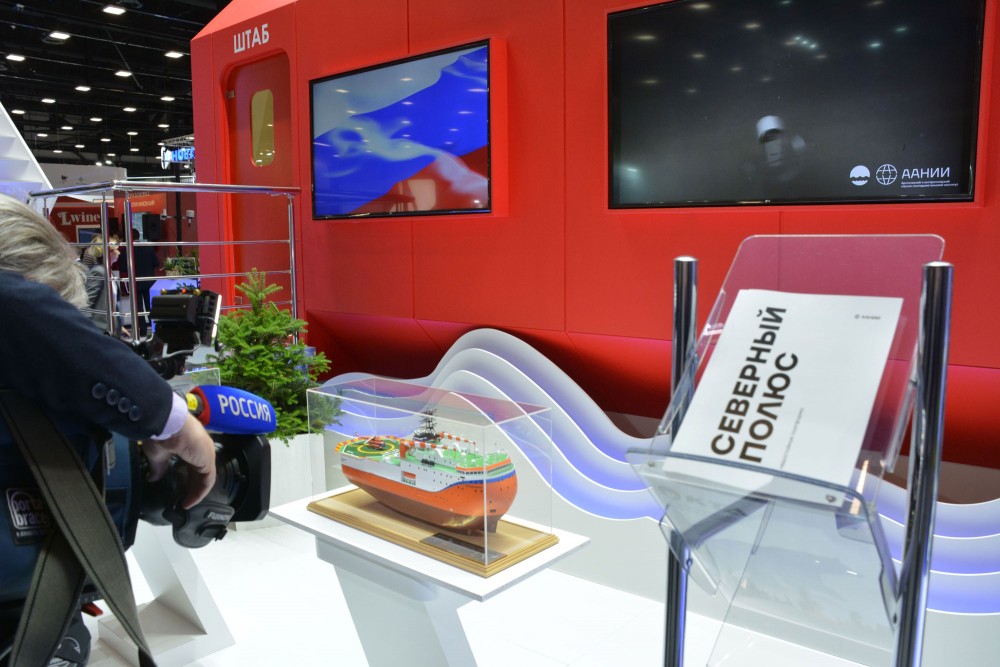 Russia's icebreaking research station was to be ready to drift across Arctic waters already in 2020.
Read in Russian | Читать по-русски
By

Construction of the 84 meter long, 22,5 meter wide installation officially started in late December 2018 was originally to be completed within two years.

The unique vessel named “Severny Polyus” will be the world’s first ship of its kind. Russian meteorological service Roshydromet says it will be of paramount importance for its scientific activities in the rapidly changing Arctic region.

But the ambitious time schedule will not be met. According to newspaper Kommersant, the “Severny Polyus” will not be ready before 2022 at the earliest. And the project will become far more expensive than planned. The ice-class installation originally had a budget of 6.97 billion rubles (€90 million), but sources now say that the actual sum will be up to 2.5 billion rubles (€32 million) higher.

The reported reason is a series of substantial upgrades of the project requested by project owner Roshydromet. Among those upgrades is an extension of the ship’s deadweight.

The projected “Severny Polyus” originally had a deadweight of 10,390 tons and an engine that would enable it to move through light ice with a 10 knots speed.

Furthermore, the project developers have encountered major technical challenges. Representatives of Russia’s United Shipbuilding Corporation confirm to Kommersant that there are difficulties related to the vessel’s fuel system that is to provide up to two years of autonomous operations in remote waters.

Such an installation has never before been built, the developers underline. They also point at technical challenges connected with cooling systems and the propulsion system.

The “Severny Polyus” will have a crew of 14 and teams of up to 34 researchers.

The Russian Arctic and Antarctic Institute already 14 years ago proposed the construction of a permanent platform that would replace the annual drifting stations operated in Arctic waters.

“Since 1937, a total of 40 expeditions have been made, but because of the global warming and melting of the ice in the early 2000s we have been forced to halt the program,” institute Director Aleksandr Makarov said in the ceremony.

“The building of a self-propelled ice-protected platform allows us to continue the important studies of the Arctic Ocean at high altitudes,” he underlined.

According to the research director, the platform will be used for geological, acoustic, geophysical, as well as marine studies. Up to 70 percent of all information on the Arctic territories is today provided by Russia, Makarov made clear in the ceremony at the Admiralty Yard.

The “Severny Polyus” will be able to autonomously break its way through the ice. But it is not the ability to break the ice which is the most important, Makarov underlines. It is the platform’s ability to enable researchers to live in the ice for long periods.

The project is a joint initiative of Roshydromet and the Arctic and Antarctic Institute.

Russians have also operated the privately-run Barneo ice base. Since 2002, the base has been built on ice floes near the North Pole. But over the last years, the increasingly unstable ice conditions have troubled the base developers.

In 2018, the campers at Barneo had to pack up and abandon the base only 12 days after its opening due to the ice cracking up.

In 2019, the Barneo camp season was cancelled even before it started after the Ukrainian operated An-74 aircraft did not get permission to fly to the high Arctic. Also in 2020, the camp was cancelled following the coronavirus crisis.