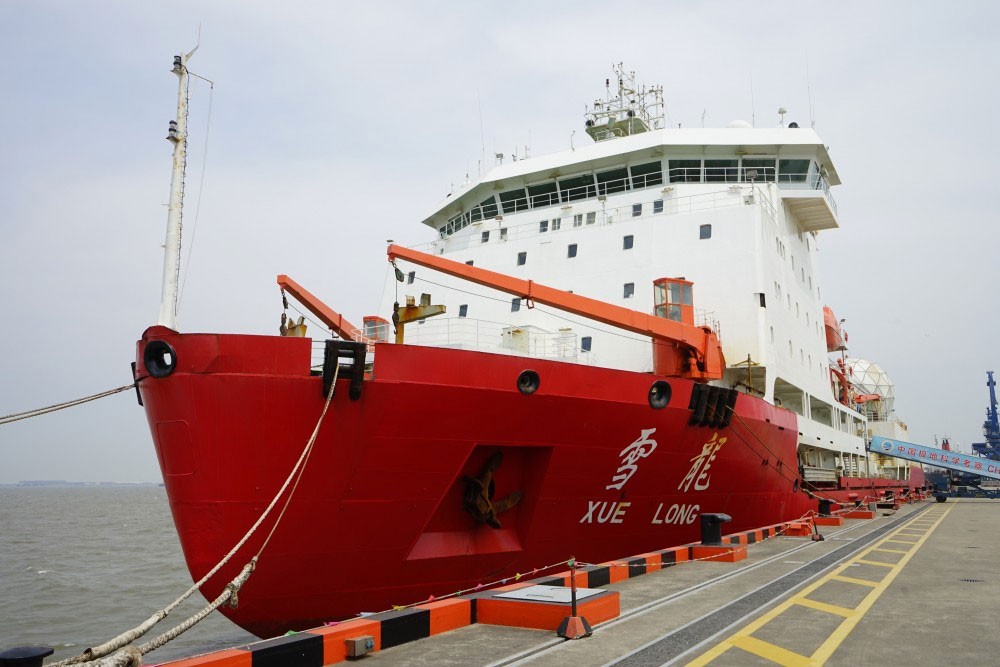 The "Xue Long 2" will sail 12,000 nautical miles on its first ever Arctic voyage.
Read in Russian | Читать по-русски

The 122 meter long vessel on 15th July left its home port of Shanghai and sailed towards the north. It is the first Arctic expedition of the vessel that entered service in 2019.

Earlier this year, the ship completed a voyage to the Antarctica.

The expedition is organized by the Chinese Ministry of Natural Resources, news agency Xinhua reports. The ship is expected back in Shanghai In late September, The voyage is expected to cover 12,000 nautical miles.

The researchers on board the ship will conduct studies of the biological diversity of Arctic ecosystems, including the acidification of waters and polluters in rest such as the Chukotka plateau, the Canadian basin and central parts of the Arctic Ocean.

The expedition will help expand the research knowledge of China about climate change in the Arctic and prepare the ground for a solid foundation for more efficient reaction to global climate change, Xinhua reports.

The “Xue Long 2” is owned and managed by the Chinese Polar Institute. The institute has  been instrumental in all of the country’s previous 10 research expedition to the Arctic.

Until now, it has been sister ship “Xue Long” (Snow Dragon) that has been applied on the Chinese Arctic expeditions, that have proceeded along Russia’s Northern Sea Route, across the central Arctic Ocean and through Canada’s Northwest Passage.

Wang Hong spoke at an event with more than 500 participants from some 30 countries, the largest conference ever in China exclusively with an Arctic focus.