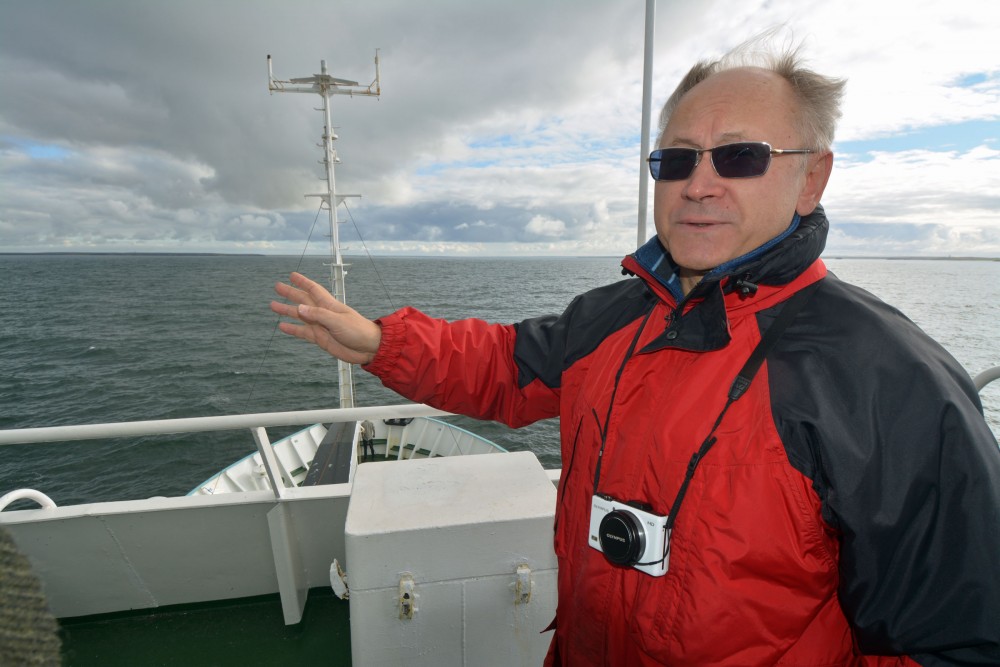 Russia takes over the chair of the Arctic Council in May for the coming two-year period.
Read in Russian | Читать по-русски
By

“These game-changing incentives and preferences have already resulted in increased investment and economic activities,” writes Vasiliev.

The senior diplomat is first to post an entry to the Arctic Circle Journal, an Icelandic based portal for sharing Circumpolar policy views.

From the Embassy in Reykjavik, Vasiliev served as an important bridge-builder between the Icelandic chairmanship to Moscow that takes over the Arctic Council for the 2021-2023 period. The official handover is set for May 19-20 when the foreign ministers of the eight Arctic nations meet for the bi-annual ministerial.

Highlighting the bullet points in Russia’s strategy, Vasiliev said the most interesting and “far-reaching steps” over the next 15 years will assure “a big leap forward” in economic and social development.

Vasiliev said new laws are adopted to support the development. “Starting from 2021 the Federal Government will partially compensate the cost of bank credits to resident investors in the Russian Arctic Zone.”

Fossil fuel extraction plays the most important role in the economic business game.

“Many prominent undertakings are underway,” Anton Vasiliev said. “One of them, Vostok Oil by Rosneft in the Taimyr region, with production of more than 100 million tons of top-quality oil by 2025, promises to be the largest single project in Russian history.”

On December 30 last year, the Russian government officially appointed the organizing committee to prepare Russia’s chairmanship period for the Arctic Council. The group consists of people from the Putin administration, the government, relevant ministries, departments and heads of divisions of large corporations working in the Arctic.

Global warming has for the last decade been a top priority for Arctic Council. Last ministerial, however, in Rovaniemi northern Finland, U.S. Secretary of State Mike Pompeo resisted a diplomatic push by the other member countries to avert the worst effects of climate change.

Russia’s Arctic Council group will include climate changes in the scientific research work, but makes main focus on “the topic of industrial development of the Arctic shelf and the increasing attention to Arctic shipping by various counties.

Anton Vasiliev said: “In the years to come Russia hopes to make practical use of the new opportunities which open up with climate change…”.

The Ambassador calls for good international cooperation with Russia’s partners in the Arctic and said it is a priority to promote good neighborhood relations among the Arctic states.

Vasiliev, however, underlines that Russia in its new strategy has included a set of measures to restore and strengthen military presence in the Arctic.

“These measures are of a clear defensive nature and serve the goal of prevention of military action against Russia in the region,” Vasilev writes in his entry for the Arctic Circle Journal.