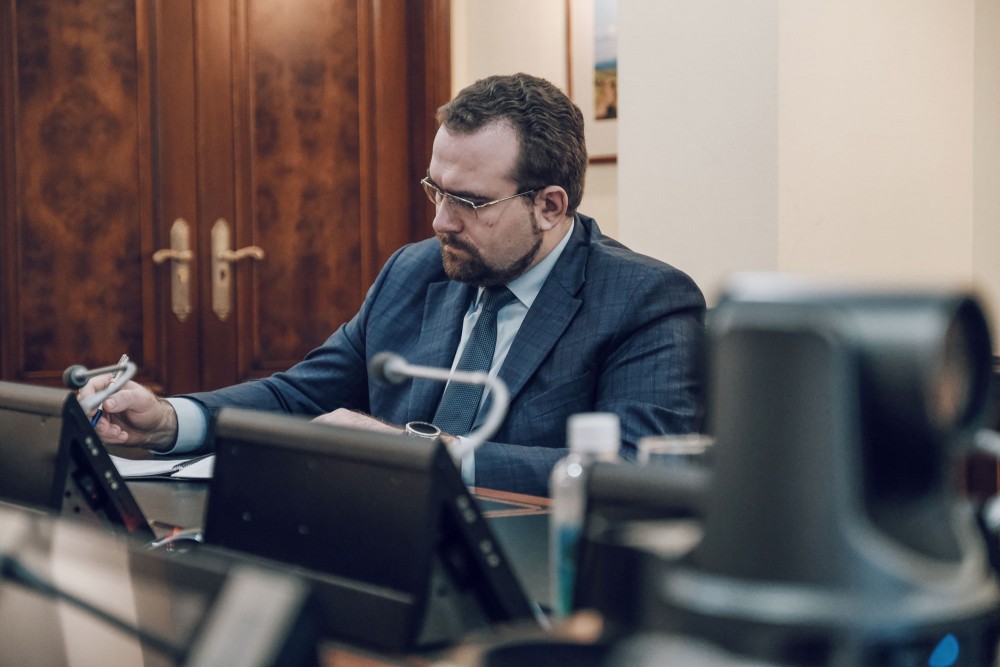 Aleksandr Krutikov has been in charge of Russian government affairs on the Arctic since early 2020. Photo: Ministry of the Far East and Arctic

The First Deputy Minister of the Far East and Arctic this week announced that he is leaving his post after 6,5 years in the government structure.

In a social media post, Krutikov says he is especially proud of his ministry’s achievement with the establishment of a special economic zone across major parts of the Russian Arctic.

Krutikov offers no explanation for his sudden resignation. It is not yet clear who will take over his post.

Krutikov has been in charge of Arctic affairs ever since the Ministry of the Far East was extended to include also the Arctic in early 2019. Over the past years, Krutikov has worked closely with his superior, Minister Aleksandr Kozlov. In November 2019, Kozlov was transferred to the Ministry of Natural Resources and Aleksey Chekunov appointed new minister.

The Ministry of the Far East and Arctic is under close supervision of Deputy Prime Minister Yuri Trutnev.

Aleksandr Krutikov was believed to play a key role in Russia’s upcoming chairmanship period in the Arctic Council. Russia takes over the rotating chair from Iceland in May this year.