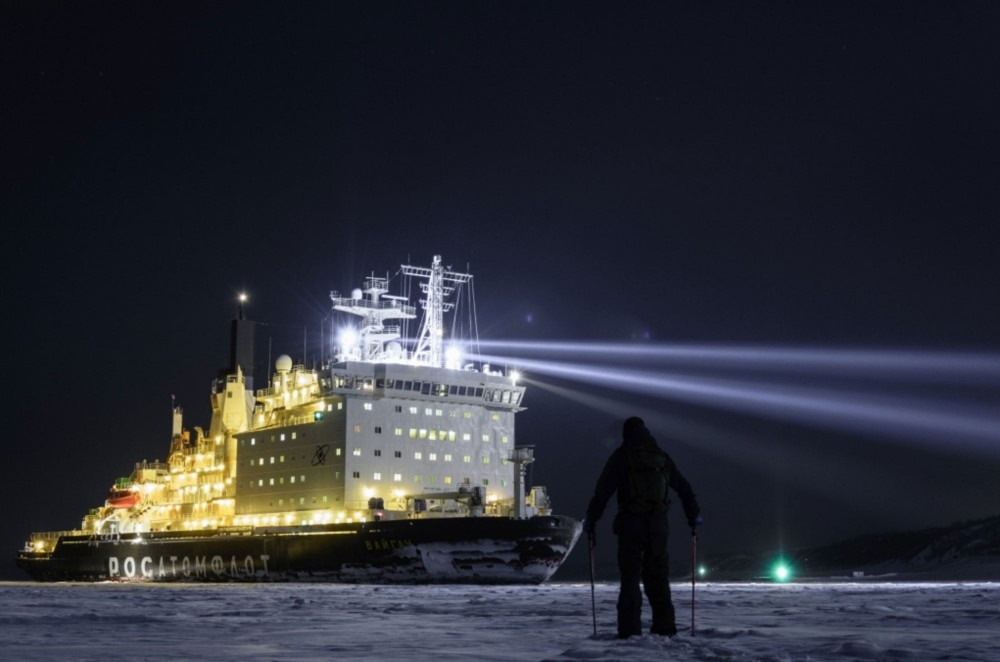 An early freeze has taken shippers by surprise and a big number of vessels are in danger of getting stuck in thick sea-ice.
Read in Russian | Читать по-русски
By

More than 20 vessels are either stuck or struggling to make it through increasingly thick sea-ice on the Northern Sea Route.

Over the past years, shipping along the Russian northern coast has proceeded rather smoothly in late October and early November. But not this year. Large parts of the remote Arctic waters were in late October covered by sea-ice. And the white sheet is quickly getting thicker and harder to navigate.

Among the ships that now are located on the eastern part of the route are two oil tankers and a significant number of bulk carriers. Among the latter are three ships bringing iron ore from the Canadian Milne Island to China, and two vessels carrying iron ore from Murmansk.

The tankers Andrei Pervozvanny and Vladimir Rusanov have delivered oil in Pevek, the remote town on the coast of the Chukotka Peninsula. Another four vessels are still moored in Pevek and could get troubles when leaving the remote port.

Several ships have made course changes in order to seek refuge or circumvent the most difficult areas. Dutch heavy lift vessel Poolgracht is sailing to the Gydan Peninsula with cargo for Novatek’s natural gas project Arctic LNG 2 and had to wait long for an icebreaker near the Vilkitsky Strait. The vessel is now sailing westwards in a convoy escorted by nuclear icebreaker Taymyr. In that same convoy are the UHL Flash and UHL Faith. As of the 8th of November, the vessels had made it into the Kara Sea.

The two ships from the United Heavy Lift GmbH are sailing from China and have over the past two weeks had great difficulties with making their way thought the ice. Ship traffic data show that both have zig-zagged through the route.

The UHL ships both have Arc4 ice classification and are at least two weeks behind schedule. The UHL Flash was originally to arrive in Rotterdam at 1st of November.

A third vessel from the shipping company, the UHL Fusion, is now located isolated in the waters north of the New Siberian Islands.

The shipyard has not responded to a request for a comment on the situation.

About 500 km further east of the UHL Fusion is the brand new bulk carrier Nordic Nuluujaak that is carrying ore from the Canadian Milne Island. The ship is sailing together with the Golden Suek. Nearby are two more ore carriers, the Nordic Quinngua and Golden Pearl.

Another bulk carrier, the Admiral Schmidt, is now awaiting icebreaker assistance to make it thought the thick ice south of the Wrangel Island. On the other side of the icy strait is located Finnish carrier Kumpula.

Finnish shipowner ESL Shipping has not responded to a request for a comment to this article.

Several of the vessels in the area might ultimately end up violating Russian shipping regulations. Most of them do not have permission for sailing in thick sea-ice without icebreaker assistance. And at least one of the vessels is also about to exceed its time limit on the route. The Andrei Pervozvanny, the oil tanker, has permission to sail in the area only until the 9th of November.

In the worst case, some of the ships could ultimately be forced to spend several weeks and months in the area. In the winter of 2017, three vessels had to spend almost the whole winter in ice capture in Pevek. The sea-ice in the area was too thick for them to break loose, and the nuclear powered icebreakers of Rosatomflot were busy along other parts of the Northern Sea Route.

There is today only one nuclear powered icebreaker located in the vast waters of the Laptev Sea and East Siberian Sea. The Vaigach in early November escorted several ships to Pevek and has since been in the area. As of the 8th of November, the icebreaker is busy assisting the Andrei Pervozvanny and Vladimir Rusanov through the eastern part of the East Siberian Sea.

The sister ship of Taymyr is busy with escorts through the icy strait of Vilkitsky.

The two icebreakers are made for operations in shallow waters and are normally used mostly in the area of the Ob Bay and the Yenisey Bay.

Meanwhile, the newest and most powerful of Russia’s icebreakers, the Arktika, is still moored in St.Petersburg where it has undergone technical upgrades. The Yamal and the 50 Let Pobedy are both moored in Murmansk.

The complicated shipping conditions come despite the extraordinary warm weather of October. According to Roshydromet, the Russian meteorological service, the month was far warmer than normal, and temperature maps show that major parts of Russian Arctic coast were between 2-4° С warmer than normal.

But there have been strong winds in the region. According to information from the Northern Sea Route Administration, storms with gushes up to 30 m/s raged across the area in the first week of November.

The complicated conditions with sea-ice is alarming for Russian authorities that are promoting the Northern Sea Route as a future alternative to the Suez Canal. Already by the winter of 2023-2024 there is to be year-round commercial shipping on the route and goods volumes are planned to rocket to 150 million tons already by year 2030.