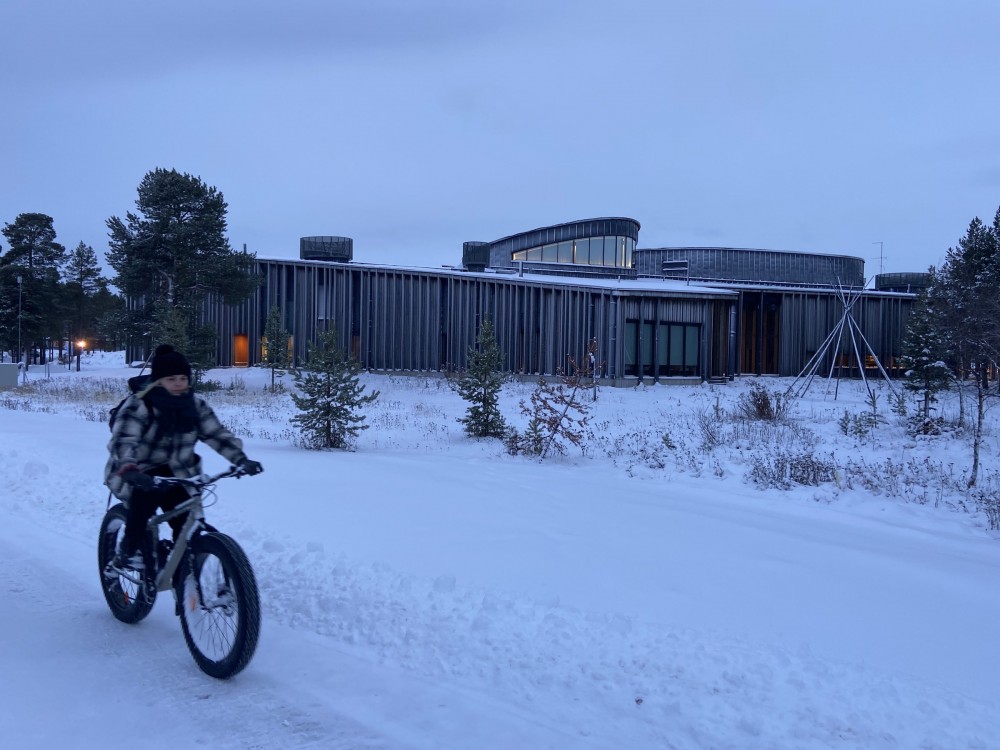 Exceptional cold is affecting northern Scandinavia and Russia’s Kola Peninsula with temperatures below -30°C.
Read in Russian | Читать по-русски
By

On the Finnmark plateau, between Kautokeino and Karasjok, temperatures dropped down to -35°C on Sunday. The forecast for the coming week shows a temperature anomaly for the last days of November of 10°C below the reference period 1961-1990, the Swedish Meteorological and Hydrological Institute informs.

Coldest out is Nikkaluokta near Gällivare in Norrbotten with -36°C.

In times of climate change, the current freeze comes in sharp contrast to last fall, when meteorologists reported about the hottest October and early November ever measured, with an average of 6,7°C above normal across the Arctic.

Cold weather even sweeps the coast of northernmost Norway where the Arctic waters are kept ice-free by the warm Gulf Stream. In Kirkenes, on the border to Russia, the thermometer read -25°C on Saturday outside the Barents Observer’s office.

On the Kola Peninsula, Sunday November 28 came with temperatures from -18°C to -30°C the news online Severpost reported.

Further east in the Russian Arctic, quickly accumulating sea-ice on the Northern Sea Route has created a critical situation as a number of ships have been trapped in thick sea-ice for several weeks.

At the ski resort Ruka near Kuusamo in northern Finland, this weekend’s opening of FIS Cross-Country World Championship is deeply troubled by the frost. With temperatures below -20°C, the start of the competitions was in jeopardy. Norway’s team withdraw from the race, arguing it was too cold to ski.

Extreme freeze over northern Scandinavia causes energy prices to soar to a record high. The main reason is high consumption combined with ice formation on rivers with hydropower plants in northern Sweden. The northern regions of Norway and Sweden are closely linked together in the same electricity grid.

Low production in Sweden pushes prices up, also in northernmost Noway. On Sunday, a kWh came with a price-tag of 1,92 kroner/kWh (€0,19/kWh) on the spot market, the highest cost for electricity inside the Arctic Circle since 2010. Current prices are up to 10 times higher compared to the average daily over the three first weeks of November.

On Monday afternoon, spot prices that retailers use to purchase electricity from the wholesale market will climb even further to 3 kroner/kWh. Such a price level has never been seen before in northern Norway.