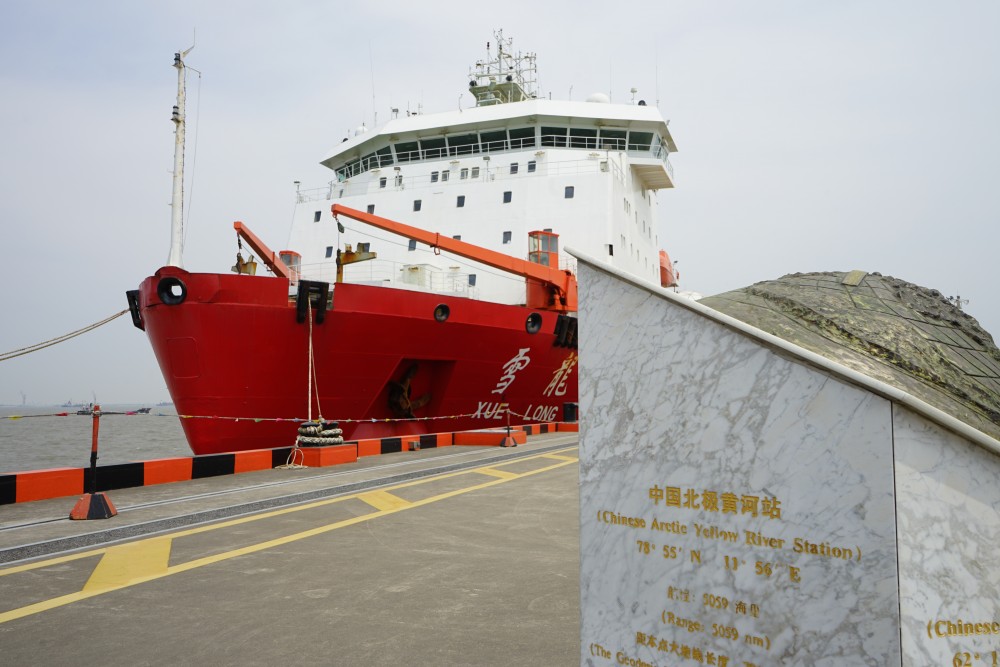 The design of the icebreaker is to be completed in 2025 and used for rescues alongside China’s “Polar Silk Road” trade route, as a part of the country’s grander Belt and Road Initiative.
Read in Russian | Читать по-русски
By

China’s Ministry of Transport has published a policy note presenting their plans to build a new heavy icebreaker which is expected to be used in the Arctic. The policy note also outlines China’s need for a 100,000-ton semi-submersible heavy lift vessel akin to the one that is currently delivering prefabricated modules to Russia’s liquified neutral gas (LNG) plants in the Arctic from the Zhoushan yard in China. Development reports indicate that this vessel will be able to rescue and salvage other vessels in the Arctic.

A vessel of this magnitude would be a great competition even to the largest semisubmersible heavy lift ships currently in service. These vessels are yet another pitstop on China’s way towards their enhanced polar exploration, the Polar Journal reports.

The vessels fit into their latest five-year development plan, which aims to increase China’s presence in the Arctic through the utilization of specialized vessels, including lift vessels as well as icebreakers.

The Ministry expects that within the next one to two years, basic construction plans for the two transportation projects will be completed alongside research on the emergency rescue capacity along the Northern Sea Route. In the next three to five years, the completion of the finalized technical design of the icebreaker and the semi-submersible will follow with a concrete deadline in 2025.

Marc Lanteigne, who is a professor and researcher in politics, security and international relations at the University of Tromsø said to High North News “[These plans] indicate that China still sees the Arctic as a policy priority, and wishes to continue to develop the Polar Silk Road despite many setbacks in the Nordic region, including with Greenland, as well as ongoing uncertainty over the post-pandemic economy,”

Additionally, Marc Lanteigne points out what China’s perspective on what the Arctic region’s prosperity might bring in the future is. He claims, “In addition to the heavy icebreaker, the heavy lift vehicle also suggests that Beijing is anticipating a considerable uptick in Chinese sea traffic, as well as increased demand for Russian fossil fuels, in the far north in the coming years.”

If China’s plan to build a third heavy icebreaker is successful, it will be the third addition to the country’s icebreaker collection. China already operates two icebreakers; one built domestically, and the other one modified after it was bought from Ukraine.

International naval security experts are suggesting that China is in the future going to focus on developing nuclear-powered icebreakers, which if successful, could be a domestic transportation paradigm shift. Nuclear propulsion technology can then be adopted across sectors and potentially power China’s next generation aircraft carriers.

What is more is that it seems like the third Chinese icebreaker is only one of many to come. The recently published Ministry of Transport document also calls for the standardization and serialization of rescue ships, hinting at the fact that the third icebreaker might soon be joined by its doppelgangers in the Arctic waters.