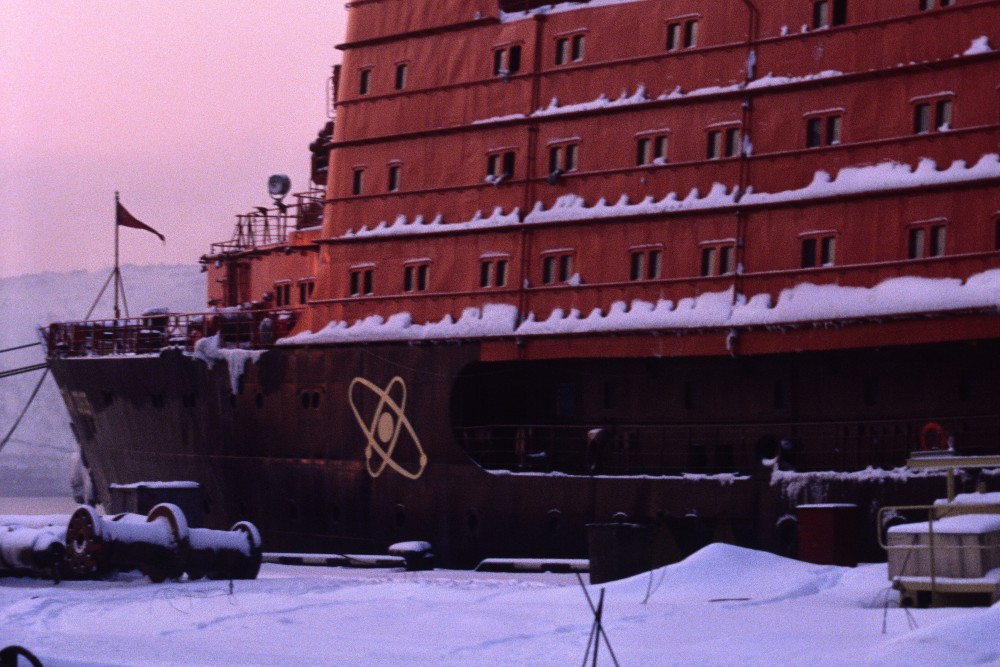 To be powered by two reactors, the vessel will manage to crush ice in the Arctic at a maximum speed of 11.5 knots.
Read in Russian | Читать по-русски
By

Deadline for interested parties to tender the icebreaker was on March 20th after Beijing opened for bids last summer as previously reported by the Barents Observer.

With those specifications, China’s first nuclear-powered icebreaker will be 2 meters longer and a few thousand tons heavier than Russia’s current Arktika-class icebreakers, but somewhat smaller than Russia’s new fleet of icebreakers of the Project 22220 of which there are currently three under construction at the Baltiskiy Shipyard in St. Petersburg.

Like the Russian icebreakers, also the Chinese will be powered by two nuclear reactors, by CGN said to be sized 25 MW compact pressurized water reactors with a thermal power output of 200 MW.

Polar Research Institute of China currently operates one research vessel with icebreaker capabilities, the «Xue Lóng» («Snow Dragon»), a vessel that for years have sailed in the Arctic and Antarctica. Another diesel-electric icebreaker, to be named «Xue Lóng II», is expected to enter service later this year.

The nuclear-powered icebreaker is expected to cost a billin yuan (€134 million), the Barents Observer reported when the plans were first announced in 2016.

Nuclear power has the advantage of long range and massive power, compared with diesel-electric or gas-powered engines that will have to either carry a lot of fuel or make many fuel stops during a voyage. Along the Northern Sea Route, or in the High Arctic, infrastructure and fuel deposits are rare.

Other countries that earlier have operated civilian nuclear powered vessels are the United States with «Savannah» (1962 to 1972), Germany with «Otto Hahn» (1968 to 1979) and Japan with «Mutsu» (1974 to 1992). Safety issues and high costs are were the two main reasons why most nations have been shelved.

Although highly appreciated for domestic sailings along the icy Northern Sea Route, nuclear powered civilian icebreakers are not welcomed by all Arctic nations. Norway, for example, in the 1990s declined port call to Longyearbyen at Svalbard by one of Russia’s nuclear powered icebreakers sailing en route to the North Pole with cruise passengers.