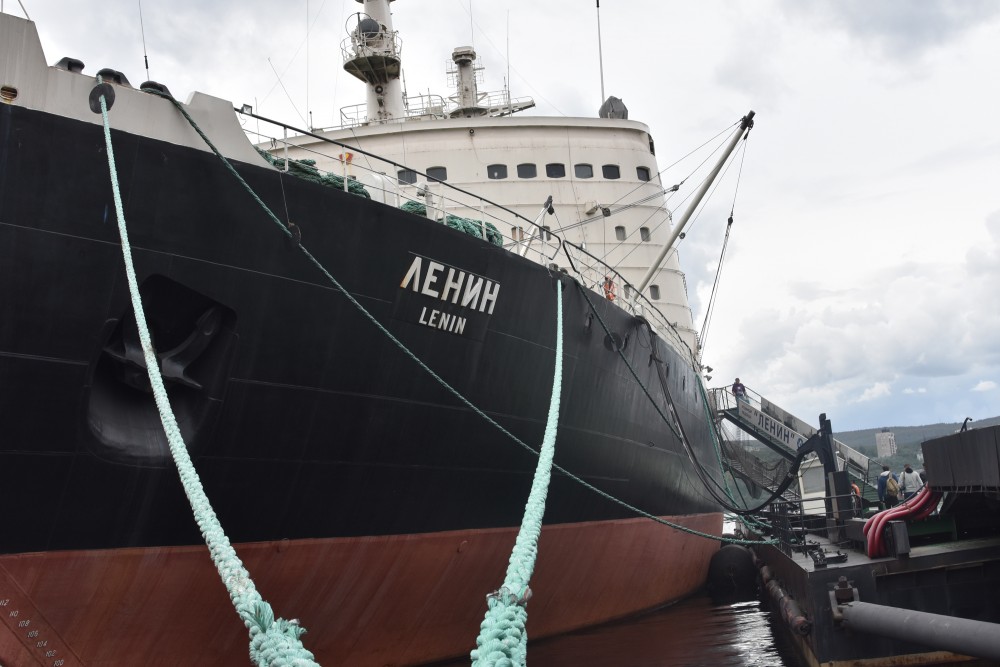 The ship is said to be an “icebreaker support ship” indicating a multi-role purpose more than simply breaking the ice for other vessels in convoy. China’s current only ocean-going icebreaker, the “Xue Long” (Snow Dragon) is an icebreaking research vessel. Last summer, the ship sailed the entire Arctic rim with several stops en route where the on board scientists worked on different ice- and climate related research projects

Bidders are required to take part in research, appraisal, building and testing, as well as providing technology support to the operator.

Russia is today the only country in the world that operates a fleet of civilian nuclear powered vessels; four icebreakers and one container ship, all with Murmansk as homeport. Three new, even more powerful, nuclear-powered icebreakers are under construction.

China has experience in naval nuclear propulsion from a fleet of currently six military submarines of three different classes.

Song Zhongping, a military expert, said to Global Times the new icebreaker’s reactor can be applied to a nuclear-powered aircraft carrier once updated. Also, nuclear-power could also be applied to other military vessels, allowing them to sail longer distances on the world oceans.

China’s interest in the Arctic is growing and in January the country for the first time issued a white paper on its Arctic policy. China is already actively investing in Russian petroleum development and several huge-scale infrastructure projects including railway and deep-sea port in Arkhangelsk.

The white paper says China aims to participate “in the exploration for and exploitation of oil, gas, mineral and other non-living resources.”

The policy underlines the importance of working together with other Arctic states.