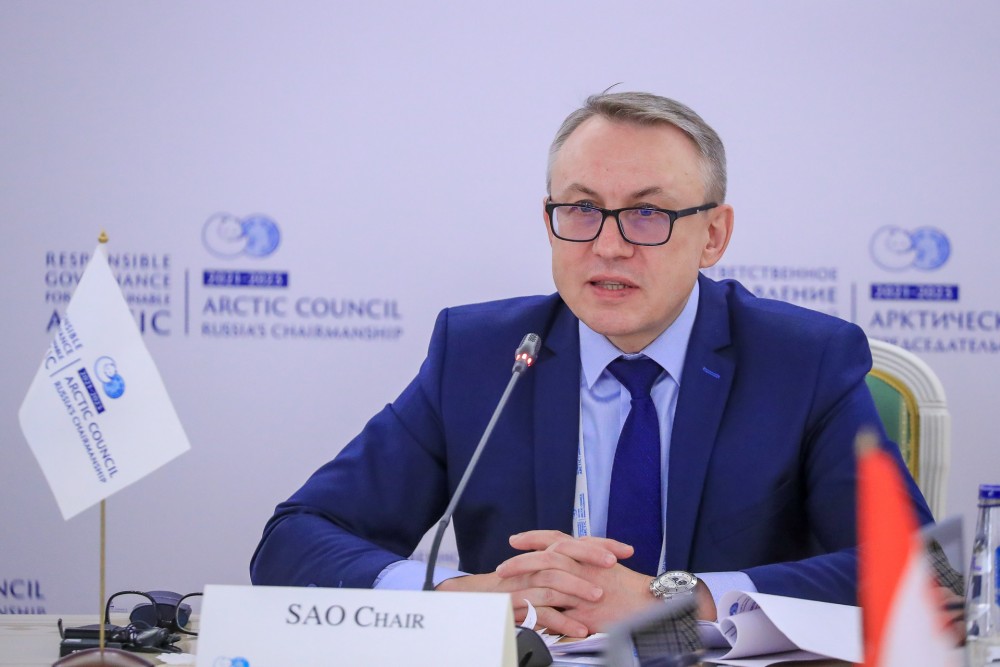 The entry of Sweden and Finland in the alliance could lead to certain "adjustments" in Arctic cooperation, says Russia's top representative in the international forum.
Read in Russian | Читать по-русски
By

“We clearly have to understand that a change in the military-political status of countries will of course lead to certain adjustments in the development of high altitude cooperation,” says Nikolai Korchunov, the country’s Senior Arctic Official and top official in Russia’s current presidency of the Arctic Council.

“It remains to be seen what kind of adjustments there will be,” Korchunov said in a press conference, state news agency RIA Novosti reports.

According to the high-ranking Foreign Ministry official, the NATO membership issue must be seen in the light of whether or not it will help strengthen trust between the Arctic countries and public institutions.

Russia currently has the two-year rotating chair of the Arctic Council.

Following Russia’s onslaught on Ukraine, the international cooperation in the Arctic has been put on “pause mode.”

The seven countries take a clear stand against the war and say they “condemn Russia’s unprovoked invasion of Ukraine and note the grave impediments to international cooperation, including in the Arctic, that Russia’s actions have caused.”

Despite the freeze of International Arctic cooperation, the Russians intend to proceed with many of their planned activities.

“All events under the Russian presidency, except official meetings of the Arctic Council and its subordinate bodies, are planned organised in line with the adopted schedule,” Korchunov says in a ministry statement.

In addition, the Russian side now intends to orient most of its Arctic activities on more national priorities, the Ministry of Foreign Affairs informs.