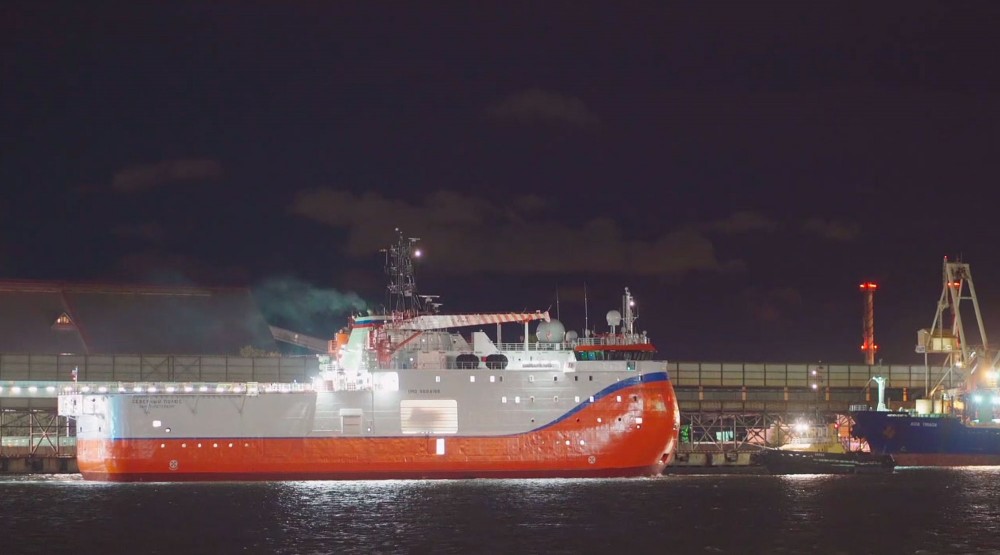 The "Severny Polyus" sets out from St. Petersburg with course for Murmansk. Photo: screenshot from video

The "North Pole" is on its way to the Arctic

The installation that is to be able to drift autonomously for up to two years in thick Arctic sea-ice is on its way to Murmansk as part of its first voyage to the North.
Read in Russian | Читать по-русски
By

The unique 83 meter long vessel that for the past two years has been under construction at the Admiralty Yard on the 2nd of September set out from St.Peterburg. It is the first voyage for the ship that by its constructors is described as a ‘platform.’

The Severniy Polus has the shape of a bathtub and will soon become a key tool in Russian Arctic research.

It is due to arrive in Murmansk on the 15th of September. Shortly afterwards, the platform will embark on a voyage to the New Siberian Islands, Minister of Natural Resources Aleksandr Kozlov informs.

“Already in the near future we will have reliable and full information about the North Pole of our planet!” the minister says.

The Severny Polyus is capable of undertaking geological, acoustic, geophysical and marine research under the harshest of Arctic conditions. Even in temperatures down to minus 50°C it is believed to be able to provide comfortable living and working conditions for researchers and crew.

On board are 15 labs where researchers can work year-round.

During this year’s expedition, the vessel is to test its key equipment.

The first real expedition will start in 2023 when the Severny Polyus will sail into Arctic waters for a two-year expedition. The ship is designed to be able to drift uninterruptedly with the Arctic currents for two years.

“The ice platform is our country’s contribution to the development of the Arctic,” Minister Kozlov said in a comment early 2022.

When Russia took over the presidency of the Arctic Council in 2021 its Council representatives highlighted the Severny Polyus as one its major contributions and underlined that international researchers would be invited to the maiden tour.