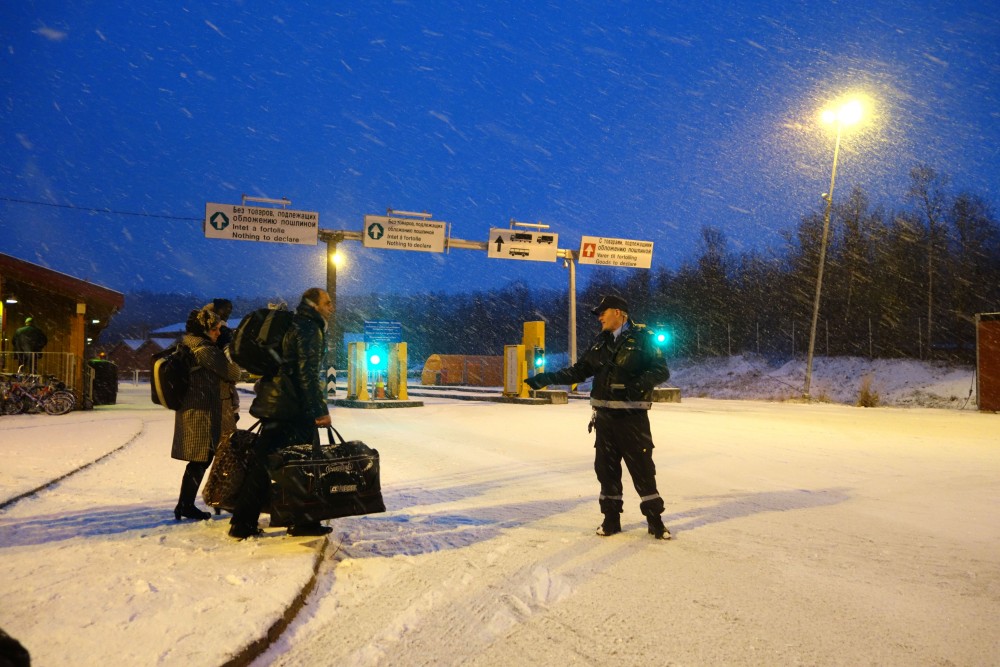 The refugee situation on the Russian-Norwegian border must be addressed jointly by the Russian and Norwegian government, Kirkenes town mayor says. Photo: Atle Staalesen

The need for enhanced regional cooperation and bilateral relations in connection with the massive movemenet of migrants across the two countries’ joint border was a key point of attention during this year’s Russian-Norwegian Cross-Border Cooperation Days, an event which was organised in Nikel, Russia, for the fifth year in a row.

Rafaelsen, who made his first international statement in his new position as Mayor of Sør-Varanger, used the opportunity to highlight the current refugee situation in the border area.

The Prime Ministers of Russia and Norway should convene to discuss the current refugee situation, which today is Norway’s “greatest challenge”, Rafaelsen said.

“This is a national problem and we need a solution on national level, and therefore it is essential that Norwegian politicians take their responsibility”, Rafaelsen says.

He also underlines the importance of sustained regional cooperation with Russia despite the tense political climate.

“We have a complicated neighbourly relation with Russia, and today’s event here in Nikel might be one of the most important aspects of Norway’s policy towards Russia, he says.

As previously reported, a total of 239 migrants this weekend crossed the Norwegian border at the Storskog border crossing point to apply for asylum. In the course of the last week, more than 700 migrants have crossed the border.