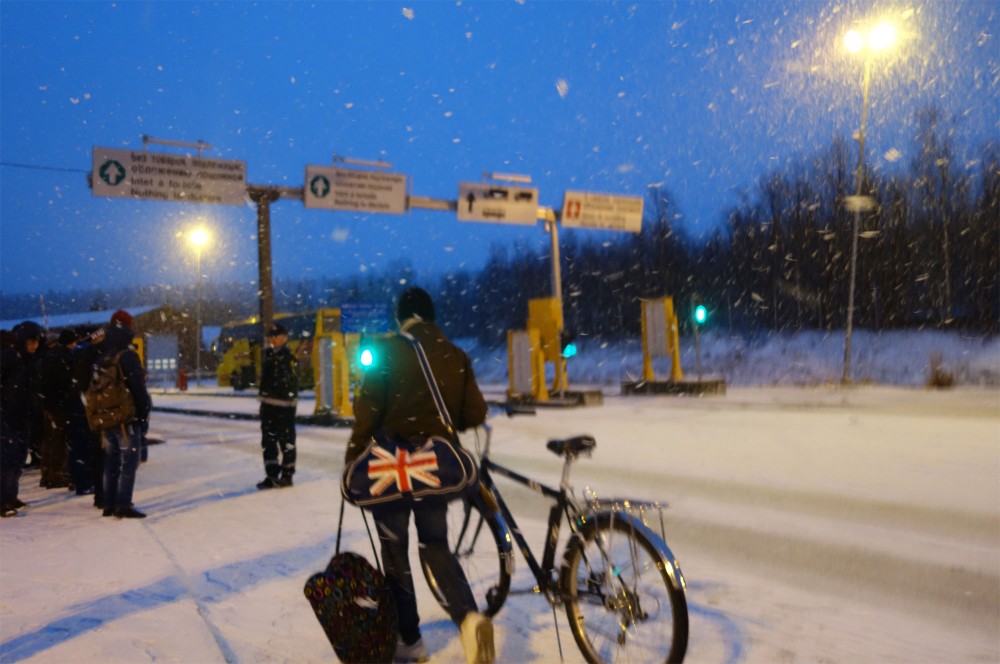 The same bicycles previously used for entry to Norway are now being used for exit to Russia. Photo: Atle Staalesen

For weeks, big numbers of asylum seekers crossed into Norway from Russia. Now, the migrants are sent back to Russia. By the same bicycles.
By

In October and November, almost 5000 asylym seekers made it across the Russian-Norwegian border and brought reception capacities in the small border town of Kirkenes to the brink of collapse.

Now, following a string of restrictive measures from Norwegian authorities, the migrant flow has come to a stop.

Since November 29th, not a single asylum seeker has made it to Storskog, the Norwegian border crossing point, information from the Norwegian police shows.

Instead, the flow of people is about to turn the other way.

According to the police, a total of 40 individuals were this weekend returned to Russia. And since the new restrictive legislation came into force on 25th November, about 90 people have been sent back across the border, a press release reads. Everyone had legal residence in Russia, the police says.

Furthermore, everyone were sent back by bicycle.

Local police confirms to Sør-Varanger Avis that the same bikes previously used for entry to Norway are now used for exit.

Travellers are not allowed to cross the border by foot.

As previously reported, police in charge of Norway’s immigration control on 30th November informed Russian Border Service FSB that no migrants would be allowed to cross the borderline unless they hold a valid visa to Norway or Schengen.

Police officers were subsequently placed on the borderline for identity check of travelers.

On November 25th, the Norwegian Ministry of Justice instructed the Directorate of Immigration to reject applications from everyone with resident papers in Russia arriving over the Storskog border crossing point.