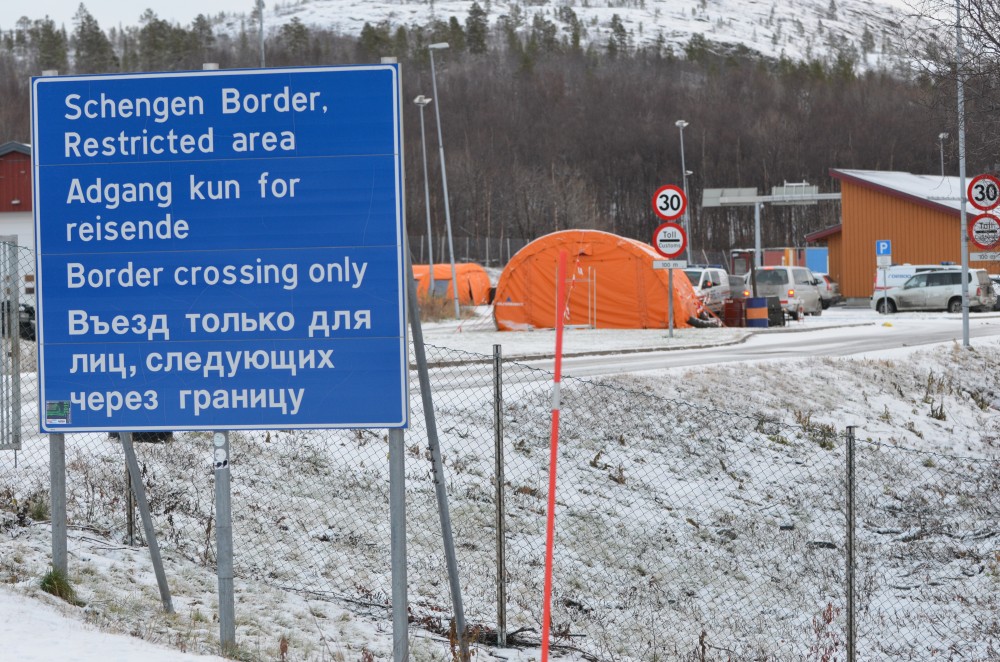 Russia's Ministry of Foreign Affairs has informed Norwegian authorities that FSB border service wants better coordination of the transportations.
By

384 of the more than 5,550 asylum seekers that came via the Arctic Route to Norway’s Storskog border checkpoint are returned. 371 were sent back on bicycles before Christmas, but the challenges came when Norway started to return the asylum seekers by bus this week.

Only 13 got a bus-seat before Russia’s FSB Border Guard said “Njet” to more returns via Storskog.

The Independent Barents Observer has reasons to believe there have been several challenges in the understanding between Russia’s FSB Border Guard service and the Norwegian transporters. Norwegian police officers have no police authority on the Russian side of the border. The first bus that returned was Norwegian, contracted from Boreal bus company.

Norwegian Police Immigration Service doesn’t want to comment on their personnel en route with asylum seekers being deported from Norway.

The busses supposed to return asylum seekers on Thursday this week were Russians.

“This is a situation we have to take seriously,” Børge Brende says. He continues:

“The ongoing dialogue we have had with Russia over a longer period of time has led to a common understanding between the authorities in our countries about how to handle the situation at Storskog. This understanding has contributed to a reduction in the unacceptable flow [of asylum seekers] we experienced over Storskog last fall.”

There are still some 80 asylum seekers awaiting return to Russia at the camp outside Kirkenes. Some 5,000 others that came to Norway from Russia via Storskog last fall are at different other centres for asylum seekers in Norway.

Norway will through its Embassy in Moscow resume dialog with Russian authorities next week aimed at finding a solution so the return of persons with legal stay or multivisum to Russia.

Brende underlines that solutions have to be found in a joint understanding with Russia.

On Saturday, Finland’s Foreign Minister, Timo Soini, also underlined the importance of talking with Russia to find a solution to the on-going migrant crisis. After the inflow of migrants across Russia’s border to Norway stopped on November 30th last year, more and more migrants have entered Finnish Lapland via Salla and Raja-Jooseppi border checkpoints.

On Monday morning, Børge Brende and Timo Soini will meet in Tromsø at the annual Arctic Frontiers conferance.