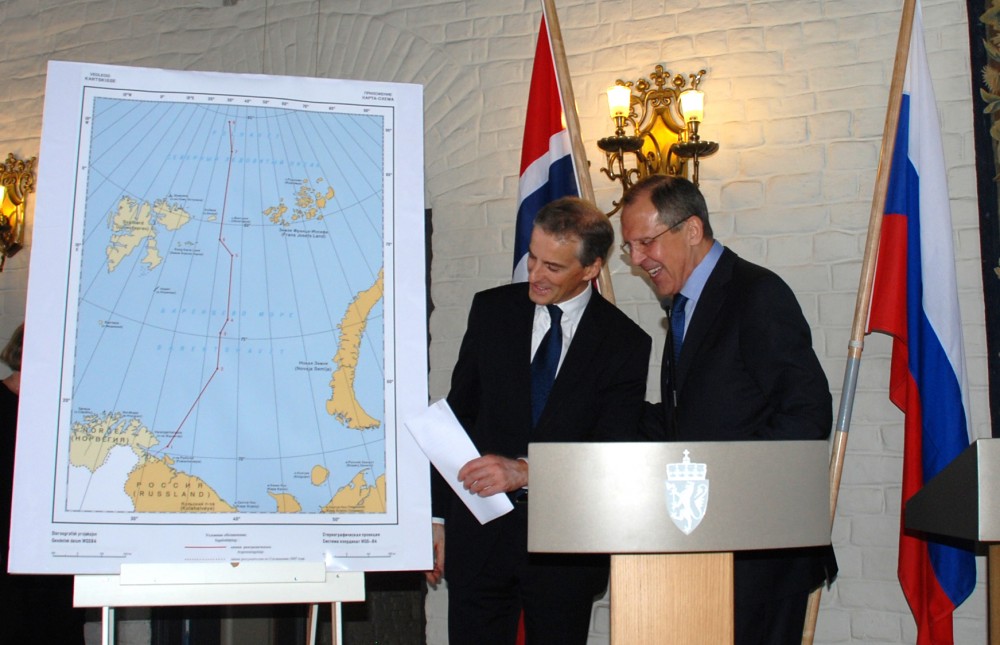 Seismic vessels will be allowed to cross the border to collect data. Oil and gas reserves in the area could be substantial.
Read in Russian | Читать по-русски
By

Despite the political freeze, the two countries have managed to agree about a so-called Full Fold seismic deal for their joint border areas in the Barents Sea, NRK reports.

The agreement will enable seismic vessels to map all waters adjacent to the borderline. They will be allowed cross the borderline with their streamers.

Negotiations between the two governments have proceeded over time. ”The purpose of the talks is to make it technically possible to collect seismic data along the delimitation line”, Senior Communication Officer Harald Eikenæs Vengen told the Barents Observer in an email last December.

«The agreement will be a natural extension of the border delimitation deal with Russia”, he underlined.

Norway and Russia in 2010 signed a long-awaited delimitation agreement for the Barents Sea and split a 175,000 square kilometer area into two equally big parts. As soon as the deal was ratified and approved on 7 July 2011, Norway sent a seismic vessel to the area.

According to NRK, the deal might be signed by Norwegian Minister of Petroleum Tord Lien and Russia’s Minister of Natural Resources Sergey Donskoy in a meeting in Norway in November.

However, some formalities still remain to be settled by the Russian side, sources say. The signing ceremony has already been postponed once.

The two counties in summer this year signed an agreement on exchange of seismic data.

The Norwegian-Russian talks take place on the backdrop of a quickly expanding oil industry in the area. On the Norwegian side, new exploration acreage has been made available to oil companies, including directly along the border.

Among the companies with stakes in the area is Lukoil, the Russian company, which holds a 20 percent share of a license located directly along the borderline.

In a comment to the Barents Observer, the company underlines that «our knowledge and experience will provide competitive advantages both for Russian and Norwegian Shelf».

Cross-border cooperation is the way to go, Valentina Matvienko says in Murmansk