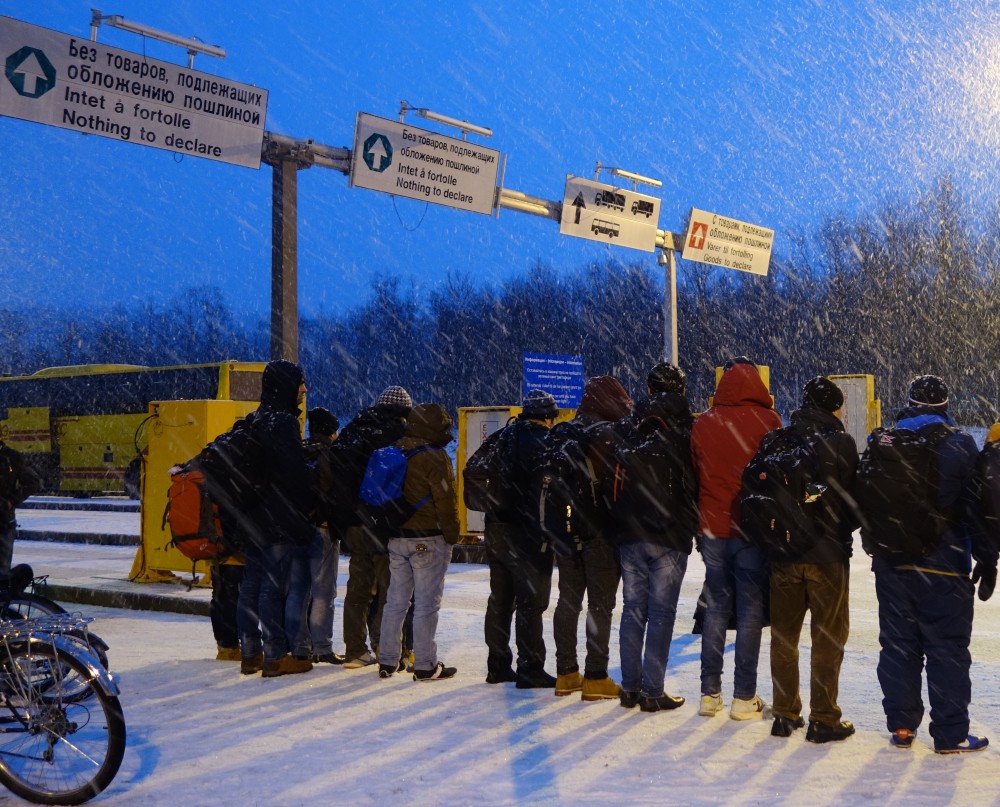 The situation at Storskog, border crossing point between Norway and Russia, has been calm since the migrant flows of 2015. Photo: Atle Staalesen

Two groups of people aimed for Scandinavia, but were stopped by the FSB.
Read in Russian | Читать по-русски
By

Two Iranian citizens were on 26th February detained in Nikel, the Russian border town, ahead of an alleged illegal border-crossing to Norway. According to Interfax, the migrants had with them snowshoes, a tent, warm clothes and other items for harsh winter survival. The Iranians were forced by the FSB to buy air tickets back to Moscow and then return to Iran, the news agency writes.

The incident took place three days after the detention of another migrant group.

According to RIA Novosti, security service officials on 23rd February put a stop to an attempted crossing into Norway by three individuals from Sudan. The migrants confirmed that they intended to make it across the border and were subsequently fined 6,000 rubles each by a court in Murmansk, the news agency informs.

Visas were cancelled and the individuals told to leave the country within three days. On their way from Murmansk, the migrants made another attempt to cross into the Schengen zone, this time to Finland. But also that attempt failed, RIA reports.

The last year, there has been only sporadic attempts by migrants to cross the border from Murmansk Oblast to the neighboring Norway and Finland.

In late 2015 and early 2016, the so-called Arctic migrant route made big headlines as about 5,500 migrants and refugees made it across the Russian-Norwegian border to apply for asylum in Norway. In the subsequent months, another 1,500 people crossed the two northern Finnish border-crossing points of Salla and Raja-Raja-Joosepi.

In January this year, three Moroccan citizens tried to make it to Finland across the border crossing point of Salla, but were halted in the border town of Alakurtti.

In November 2016, three Iranian citizens were halted as they illegally tried to make it to Norway. At the same time, a group of 16 migrants attempted to cross the border to Finland.