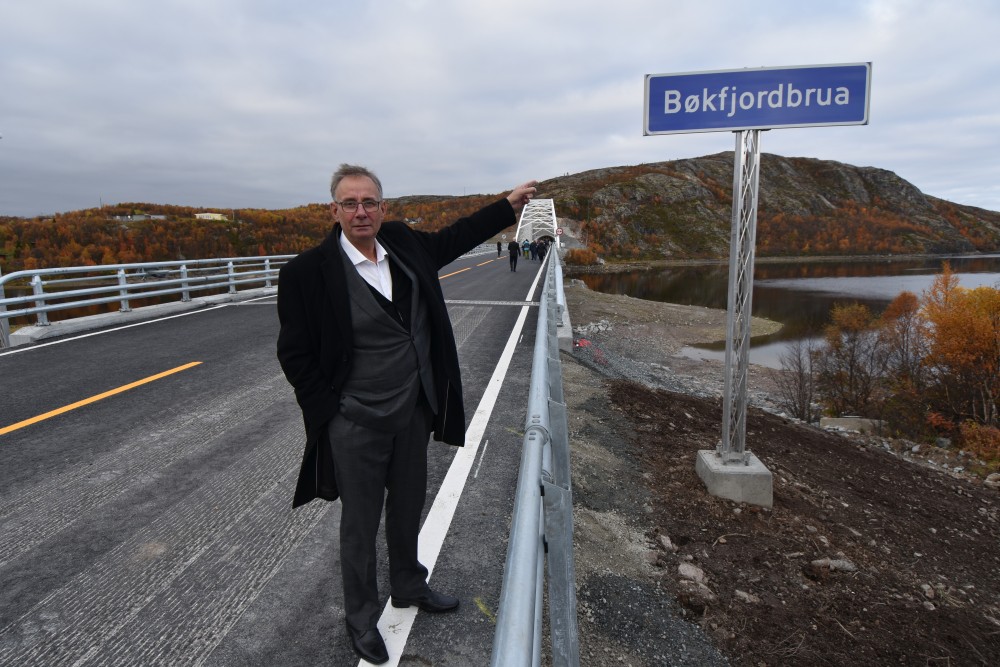 “The bridge sign should be bilingual in the great good spirit between our two countries,” says Jan-Henrik Fredriksen, representing Finnmark in the Norwegian Parliament over the last 12-years.
Read in Russian | Читать по-русски
By

The highway includes a bridge and a tunnel, a few kilometers west of the border.

“Both the bridge and the tunnel should have Russian-language road signs,” Jan-Henrik Fredriksen says to the Barents Observer.

In 2014, Fredriksen and a few other members of parliament initiated the Norwegian, Russian friendship association, consisting of parliamentarians from Stortinget and the State Duma.

Highway E105 is the only cross-border road between Norway and Russia. It starts at Hesseng outside Kirkenes and runs 4,620 kilometers to Murmansk, St. Petersburg, Moscow, Belgorod, Kharkiv and Simferpol before it ends at Yalta on Crimea.

Fredriksen says the new tunnel in conjunction with the bridge also should get a Russian road sign. The tunnel is named after the holy Russian-Orthodox monk Trifon. In the 16th century Trifon came from Novogord to the Pechenga Monastery and travelled to Bøkfjorden which today is on the Norwegian side of the border. The official border between Norway and Russia came in 1826, the last part of Europe to get state borders.

At the opening ceremony on Friday, Bishop Olav Øygard of North-Hålogaland and Metropolitan Simon of Murmansk and Monchegorsk had a joint blessing ceremony on the bridge.

In the Kirkenes area, many road direction signs are bilingual, Norwegian and Russian. Downtown Kirkenes, several of the street names are also signed in Cyrillic letters.