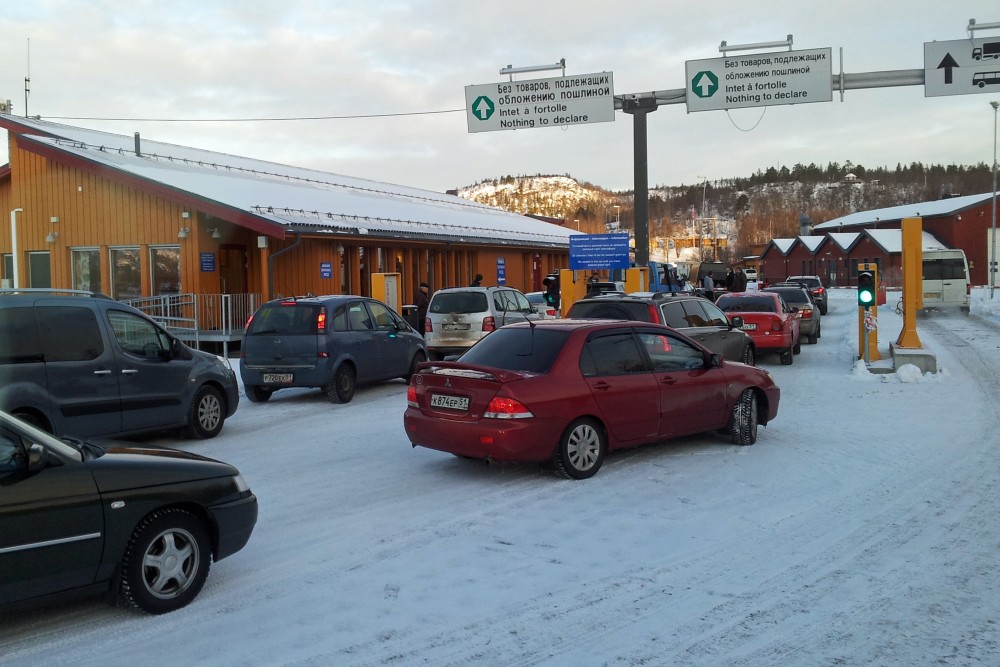 But the number of border crossings is still 17% lower than the peak year of 2013.
Read in Russian | Читать по-русски
By

Russians on cross-border Christmas shopping gave a boost to the December figures, up over 20% compared with the same month in 2016. December also became the busiest month of the year at the border checkpoint with 25,496 crossings counted.

Not since November 2014 have so many people crossed Russia’s northernmost border checkpoint to Europe in one single month, figures provided to the Barents Observer by the local police in charge of immigration at Storskog checkpoint shows.

All time high was 2013, the year before Moscow’s annexation of Crimea, with just more then 320,000 crossings counted at Storskog. The majority of people traveling between the two countries are Russians, either for shopping in neighbouring Kirkenes , or on travel south via Kirkenes airport.

Also, many Norwegians take advantage of cheap petrol at the gas station in neighbouring town of Nikel, an hour drive across the border where prices are less than half compared with Norway.

After the introduction of a so-called Local Border Traffic regime in 2012, a visa-free arrangement, locals from Kirkenes and neighboring Russian towns have been able to easily cross the border and travel within a 30 kilometers area on each side of the border. Nearly one third of all border crossings in December 2017 were done by people travelling without visa.

Last September, a new bridge and tunnel on the highway on Norway’s side of the border opened, shortening the drive further.

Between Russia’s border checkpoint Borisoglebsk and Zapolyarny, the new road opened in 2012 and 2015 makes the drive between Murmansk and Kirkenes today possible to do in about three hours. If there are no queues at the two border checkpoints.