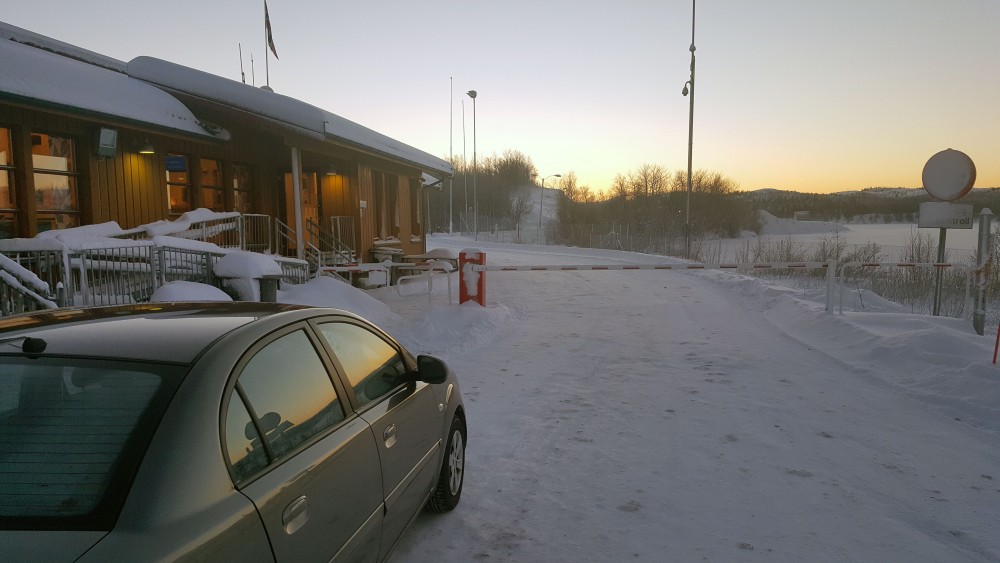 Storskog check-point on the road from Norway to Murmansk. Photo: Thomas Nilsen

21,880 border crossings were counted in January.
Read in Russian | Читать по-русски
By

That is up 16 percent compared with January 2019, the police in charge of immigration control at Norway’s border check-point informs.

January is normally a month with higher traffic than other months because of Russia’s Christmas holiday comes at the same time as shops in the border-town of Kirkenes starts their New Year sales.

The drive between Murmansk and Kirkenes takes some three-four hours. This January, though, has experienced tough weather, with snow-storms and extreme cold.

The last few days of January had multiple days with temperatures dropping below -30 °C.

The notable increase in border traffic follows a 2019 which became the first year since 2014 with a year-on-year increase in traffic across the northernmost Russia-Europe land border.

As previously reported by the Barents Observer, the increase was 4% in 2019 compared with 2018.