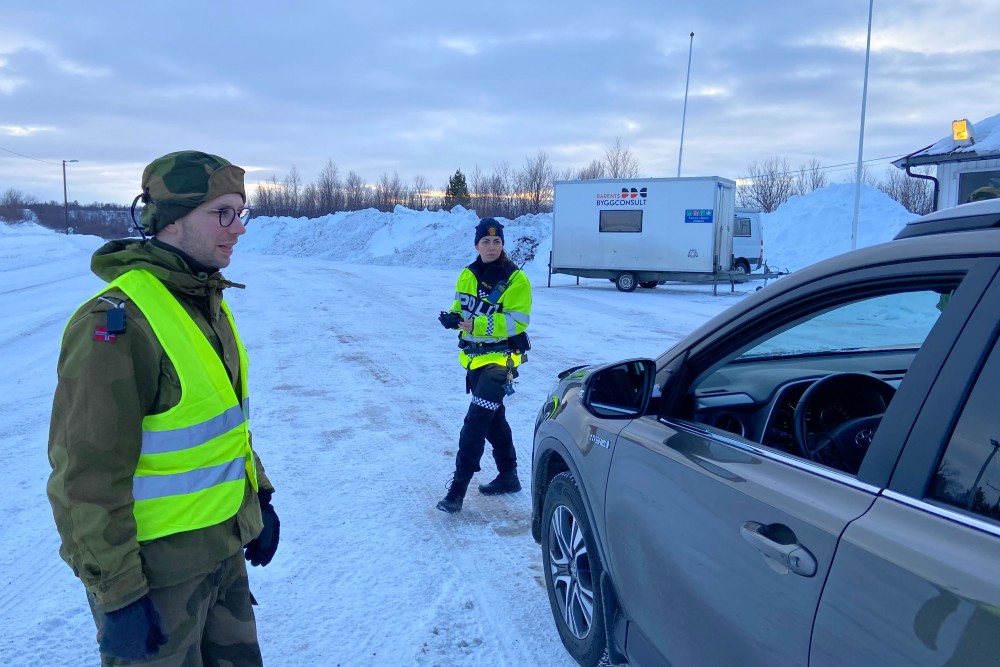 Neiden border check-point on the road from Norway to Finland in the northeast. Photo: Thomas Nilsen

Finland, Norway is up 27%, while Finland, Sweden is up 25%. Biggest concern, though, is the Tornio, Haparanda border where traffic more than tripled last week.
Read in Russian | Читать по-русски
By

With infection rates much higher in Sweden than in Finland, local health authorities now urges people to thing carefully before crossing the border between Tornio and Haparanda, the twin cities on the northernmost shores of the Bothnia Bay.

According to Raja, Finland’s border guards, between Haparanda and Tornio was up 245% last week. On Monday, Finland’s Minister of Interior, Maria Ohisalo, visited Tronio border check point to get acquainted with the work of the border inspectors.

“Unnecessary border crossings should still be avoided, as the coronavirus epidemic is not over in Finland or in neighboring countries,” Ohisalo said in a statement.

She underlined: “The situation is still serious.”

Both Finland and Norway in March introduced tight restrictions on cross-border travel aimed at slowing the spread of Covid-19.

Finnish citizens, however, are allowed allowed to leave their country and have a constitutional right to return home.

Also, more employers living in Tornio can cross-border commute to Haparanda. The drive is only a few minutes. Now, with more shops, schools and businesses opening up again, more commuters are back at work.

He says to YLE broadcaster that there are 138 confirmed cases of Covid-19 in the district, including newly-diagnosed ones.

The area has Finland’s highest per-capita rate of infections besides the capital region of Uusimaa where Helsinki is included.

In Norrbotten, Sweden’s northernmost region, there are currently 24 patients with coronavirus in hospital. Nine of them are being treated in the intensive care unit, newspaper Lapin Kansa reports.

A total of 39 people with corona infections have died in Norrbotten during the epidemic. Norrbotten has about 250,000 inhabitants.

Raja informs about a 25% increase in Swedish, Finnish border traffic further north along the Tornio River, while traffic across Finland’s six land border checkpoints to Norway increased by 27% in the week from May 4th to 10th.

Norway-Finland traffic is much more difficult the in and out of Sweden, as both countries have very limited openings for other citizens to enter.

As previously reported by the Barents Observer, cargo traffic counts for about 80-90% of the traffic across the Norwegian-Finnish border roads.