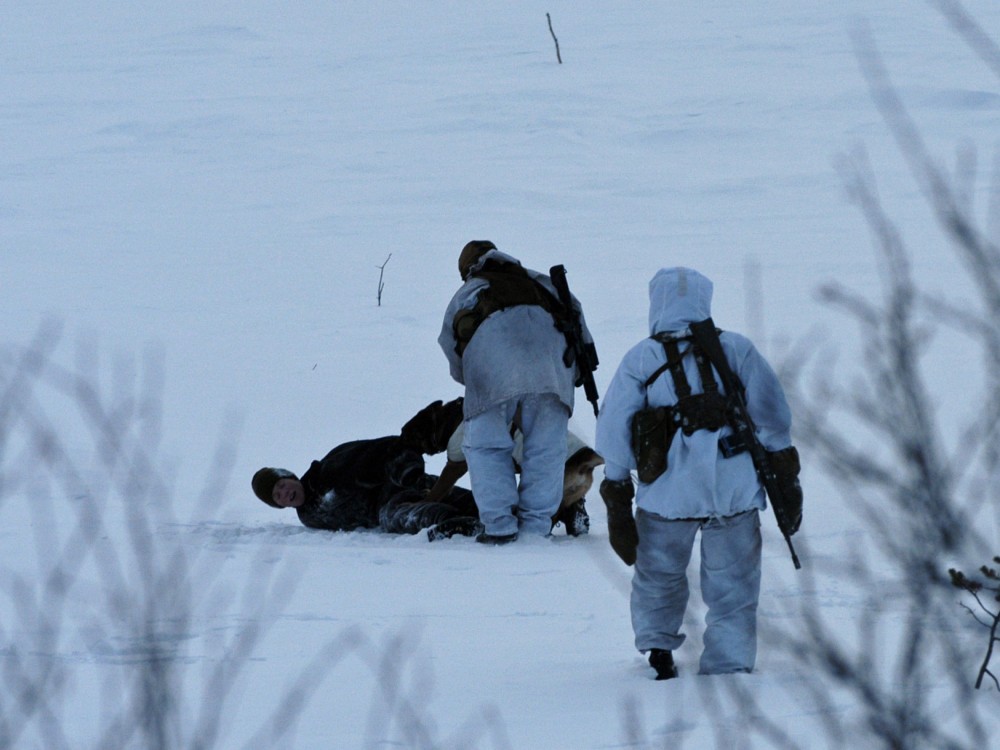 Escaping war, running in snow across border to Norway

Norwegian police has detained an illegal border crosser that escaped Russia on the ice over the Pasvik River last night.
By

It was shortly before 2 am last night the person was detained under suspicion of illegally crossing the border from Russia to Norway, Finnmark Police District informs.

“The man was arrested by Norwegian military border guards and the police. The man has applied for asylum in Norway,” says Chief of Staff with the police, Tarjei Sirma-Tellefsen.

Sirma-Tellefsen says the person is now interrogated by police trying to establish his identity.

Tracks in the snow were discovered both by Norwegian and Russian border guards, as the man walking the few hundred meters over the Pasvik River and knocked on the door at a private house at Skrøytnes in the Pasvik valley.

This is only a few kilometers from Nikel, a Russian town near the border with Norway.

FSB Border Guards informed the Norwegian side about the discovery of footprints in the snow that could indicate that a person had made it over the border.

The police is unwilling to detail more about the man’s identity or other circumstances as long as the investigation is going on.

It is illegal to cross the Russian-Norwegian border at any location other than the main road where passport and customs control take place. The 198 km long border is for the most in the wilderness and attempts to walk the terrain are considered dangerous in mid-winter with frost and polar night.

The Barents Observer has reasons to believe the person in question was leaving Russia in order to avoid being sent as a soldier to the war in Ukraine.

Last autumn, Norwegian police deployed a helicopter to the northern border aimed to search for people walking in the terrain. The helicopter, however, flew south after a short period and is currently not in Kirkenes.