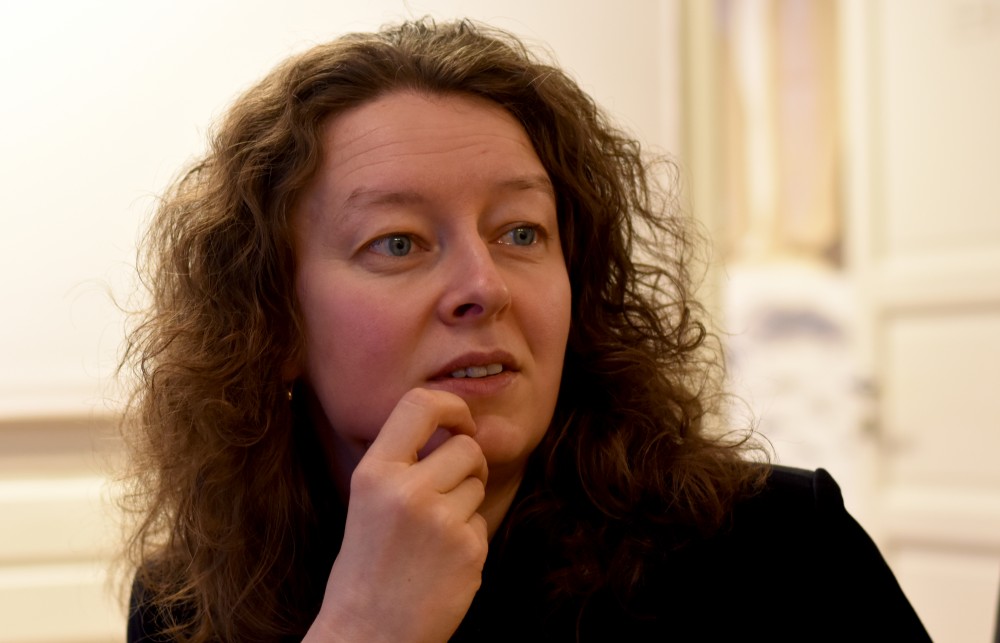 «This is not a protest song, it is part of a PR campaign.»

Luba Kuzovnikova is clearly uncomfortable with Punk Prayer, the song by Russian feminist punk band Pussy Riot. The piece and its provocative performance in the Cathedral of Christ the Savior in 2012 created an outcry. Several of the band members were arrested, and the song was soon put on a federal list of «extremist material» and consequently declared prohibited. Pussy Riot became world famous.

The song was supposed to be performed by Norwegian musician Pål “Moddi” Knutsen in a concert in Kirkenes, Norway, today. But it was taken off the program after the local Russian General Consulate warned it could have consequences for the involved Russian musicians, as well as for Norwegian-Russian cultural relations in general.

Punk Prayer is part of Moddi’s new album UnSongs, a remix of 12 songs from around the world that have been banned, censored or silenced.

«Why did he [Moddi] include the song in his album in the first place?» Kuzovnikova asks. She does not see the piece as a protest song, nor as artistic statement, only as a PR stunt.

«I have no respect for what Pussy Riot did in the Cathedral of Christ the Savior, this is a place for liturgic practices and not for controversial contradictory protest statements», she says to the Barents Observer.  «We should respect the feelings of the believers.»

Kuzovnikova leads the curator collective Pikene på Broen, a Kirkenes-based group promoting contemporary arts and culture across the Norwegian-Russian border. At the moment, the curators are hectically preparing for their annual big event, the Barents Spektakel festival in early February.

Kuzovnikova believes cross-border cultural cooperation in the region will continue as before and that the meddling of the General Consulate in the Moddi concerts should be seen as an isolated case.

«Russian authorities are not putting any pressure on cultural life in Norway», Kuzovnikova underlines. «Of course, there is still a lot of room for controversial arts and political arts in borderlands like Kirkenes,» she adds.

At the same time, she underlines that cultural cooperation in border regions is more complex than other places. «Cooperation always includes compromises, you both gain and give, and this is especially the case in borderlands where different norms and cultures co-exist.»

She argues that the persecution of Pussy Riot is not representative for contemporary Russian cultural life.

«It is a pity that one action is used as an example to show that there is no freedom of speech in Russia», Kuzovnikova underlines. «It is not true. Of course, everything is a bit limited in Russia, limited democracy, limited freedom of speech, but that is just the way it is.»

«I am against all generalization, and it is not true that Russian artists are not allowed to express themselves.»

Meanwhile, a debate over possible Russian interference in neighboring countries’ cultural life, media and civil society is likely to intensify.

According to Luba Kuzovnikova, at least something good is coming out of it all.

«The whole Norway is now talking about this song being prohibited. So we are not deprived of any cultural excitement. I would say, the prohibition has only brought more excitement to Moddi’s concert.»