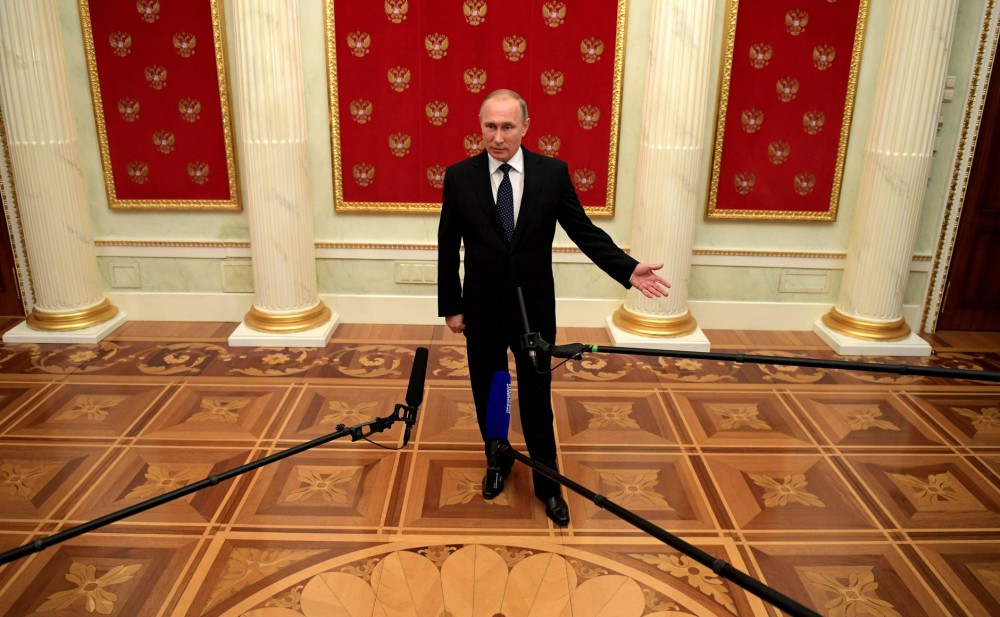 The statement from Peskov comes after the Russian Security Council this week discussed the new EU resolution. According to the Kremlin, the Council had «a detailed exchange of opinions on a range of questions related to the information presence of Russian mass media abroad». The Security Council is Russia’s top national security body. In addition to the President, it includes the leaders of the FSB, the Foreing Intelligence Service, the Defense Minister, Prime Minister and others.

The resolution adopted by the European Parliament on 23rd November says that Russia deliberately «seeks to distort the truth, incite fear, provoke doubt and divide the EU».

«The Russian government is employing a wide range of tools and instruments, such as think tanks, multilingual TV stations, pseudo-news agencies and multimedia services, social media and internet trolls, to challenge democratic values, divide Europe, gather domestic support and create the perception of failed states in the EU’s eastern neighbourhood,» the resolution reads. It specifically names TV station Russia Today and the Sputnik news agency as part of Kremlin propaganda.

The resolution furthermore stresses that the “Kremlin is funding political parties and other organisations within the EU” and deplores “Russian backing of anti-EU forces” such as extreme-right parties and populist forces, a press release from the European Parliament reads.

According to Kremlin press spokesman Peskov, a reaction from Russia is now «subject to serious discussions», RBC reports. It is not clear whether Russian countermeasures ultimately could affect European journalists and media operating in Russia.

In a press briefing, Peskov accused said the EU Parliament with its resolution is violating key principles of press freedom. «The trend with attacks on the mass media, the limitations of principles of media freedom and freedom of speech is an issue of deep concern», the powerful Kremlin representative underlined, RBC reports.

«Of course its contradicts our general understanding of democracy and freedom to access information. Of course such attempts to limit the rights of audiences in some Western countries to access of information spurs concern.»

Also Putin has made a separate public statement about the EU resolution. In a press conference, the president said that the bill «suggests that we are witnessing a clear degradation (in the political sense) of the concept of democracy in Western society, in this case, at the level of the European parliament», a transcript reads.

Putin furthermore greeted Russian journalists for their work in the EU.

«As for our journalists who promoted this influential European body to take such decisions, judging by the situation, we can congratulate them on working so actively and with such talent and results».

Russia is investing billions in influencing audiences in EU countries and the west.  The total Russian state support to the media industry in 2016 amounted to 80.2 billion rubles (€1.1 billion).

The sum was even bigger in the period 2015-2016. The peak in allocations came in 2014 when the state funding amounted to almost 100 billion rubles.

A key share is allocated to media companies operating abroad, among them Russia Today, which in 2016 got a total of 6.75 billion rubles (€99 million).