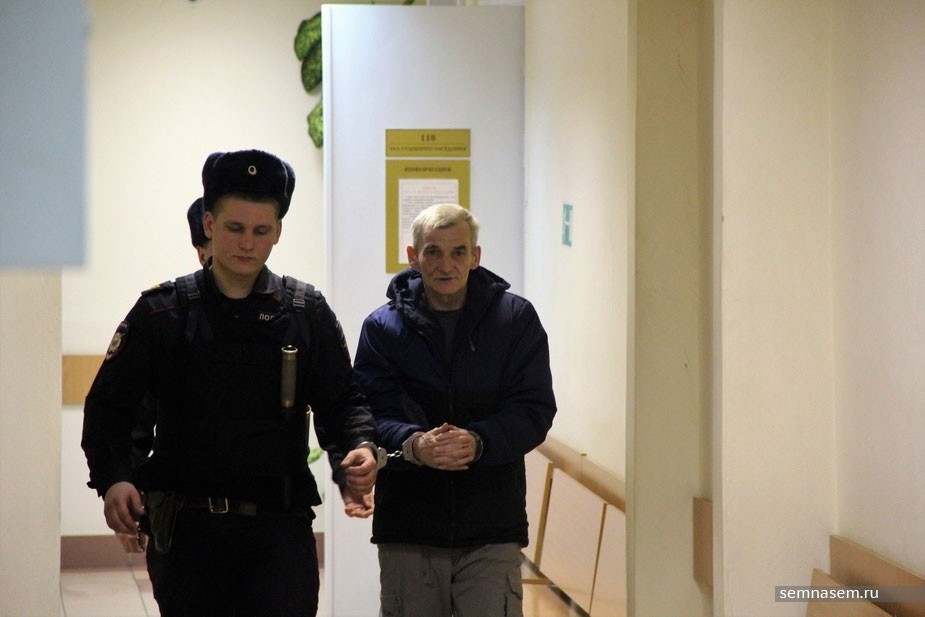 The Karelian historian and human rights leader will have to spend more weeks behind bars.
Read in Russian | Читать по-русски
By

The city court of Petrozavodsk has extended the arrest of Dmitriev to 12th April. In addition, another two charges are being raised, 7x7-journal reports.

Yuri Dmitriev is now not only charged for possessing child pornography, but also for having conducted «perverse action without violence»  and for illegally possessing a weapon.

According to lawyer Viktor Anufriev, the prosecutors are proceeding in a tough manner. «Clearly, they have harmonized their positions on all levels [and] there is no objective investigation as such», he says to 7x7-journal.

Dmitriev was arrested in his own apartment on the 13th December. He has since been behind bars in a prison in Petrozavodsk. Prosecutors say they suspect the leader of Memorial in Karelia of having engaged in child pornography.

However, representatives of Memorial believe the arrest is instigated by the authorities in order to discredit the organisation. «It is a provocation», Sergey Krivenko, a member of the Memorial International board, said.

The 60-year old Dmitriev is renown for is many years of research on Soviet-era political repression. He has published several books on the topic and was instrument in the discoveries of the mass graves of political prisoners in Sandarmokh and Krasny Bor.

An online petition established in support of Dmitriev had by 21 March been signed 7,598 people.