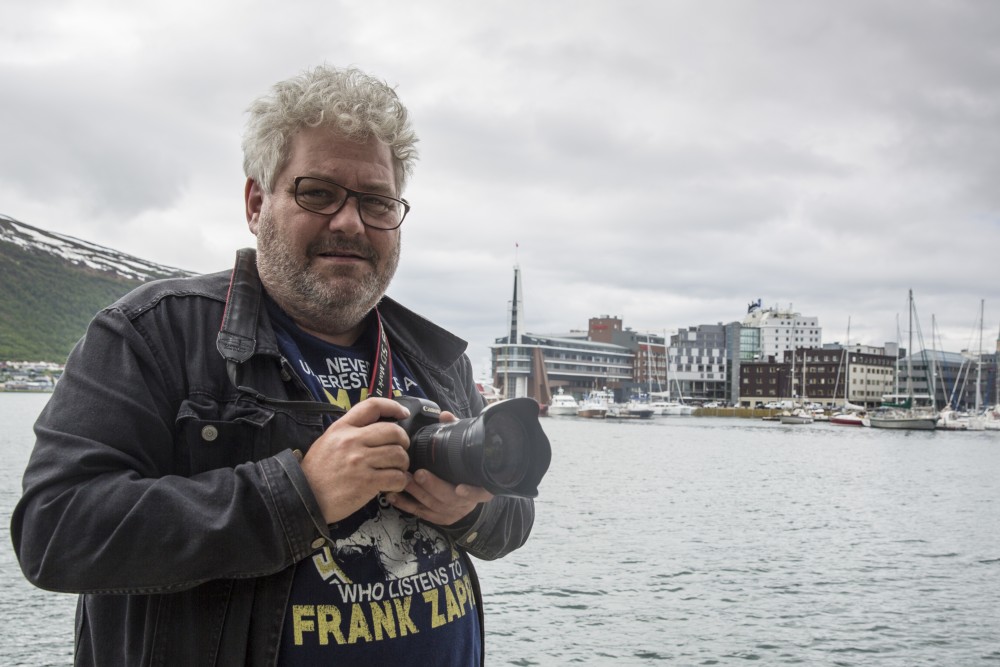 Jan-Morten Bjørnbakk is based in Tromsø and covers Northern Norway and the Arctic for NTB. Photo: Selfie

FSB allows Russian journalists to bring cameras, but Norwegians would only be allowed to bring pen and paper.
Read in Russian | Читать по-русски
By

Next Tuesday, Norway’s Foreign Minister Børge Brende travels to Andreeva Bay, a storage site for naval nuclear waste on Russia’s Kola Peninsula. Over the last two decades, Norway has paid hundreds of millions of kroner for infrastructure upgrades making it possible to start removal of the waste. At the quay, Brende will wave farewell to the first shipment of spent nuclear fuel leaving the north.

A milestone in Norwegian, Russian cooperation on nuclear safety.

For Norwegian media, that has reported comprehensively on nuclear waste issues in Russia’s borderland areas since the early 1990s, the event is an obvious news to cover.

Norwegian journalists, however, have decided not to join the tour to Andreeva Bay.

Jan-Morten Bjørnbakk, reporter with the Norwegian news agency NTB, says to the Barents Observer that the restrictions imposed make it difficult to do the job.

«The restrictions meant that neither of the Norwegian journalists nor photographers were allowed to take their own photos. Rosatom was to be present with a cameraman whom we could wish for what we would like to shoot. Also, it would be possible to make interviews,» Jan-Morten Bjørnbakk tells.

He says that not only is this «fundamentally questionable, but also very inconvenient.»

«For NTB and Scanpix, the main reason to join the visit was to be able to take own photos of the facilities and the shipment [of nuclear waste],» Bjørnbakk argues. His newsdesk’s editors concluded not to send a reporter.

Jan-Morten Bjørnbakk has visited the Russian north tens of times as reporter over the last 20 years.

Also the Norwegian broadcasting NRK has decided not to participate due to the restrictions imposed.

She says the restrictions limit the opportunities for reporters to make free and independent journalism from the event in Andreeva Bay. «I fully understand that Norwegian media do not accept such arrangment.»

The ban on bringing own camera equipment does not apply to Russian journalists.

Anna Kireeva, a journalist of Bellona and head of the Russian Barents Press network tells that many Russian journalists are going.

«Many media houses will be there and we are allowed to bring our cameras,» she says.