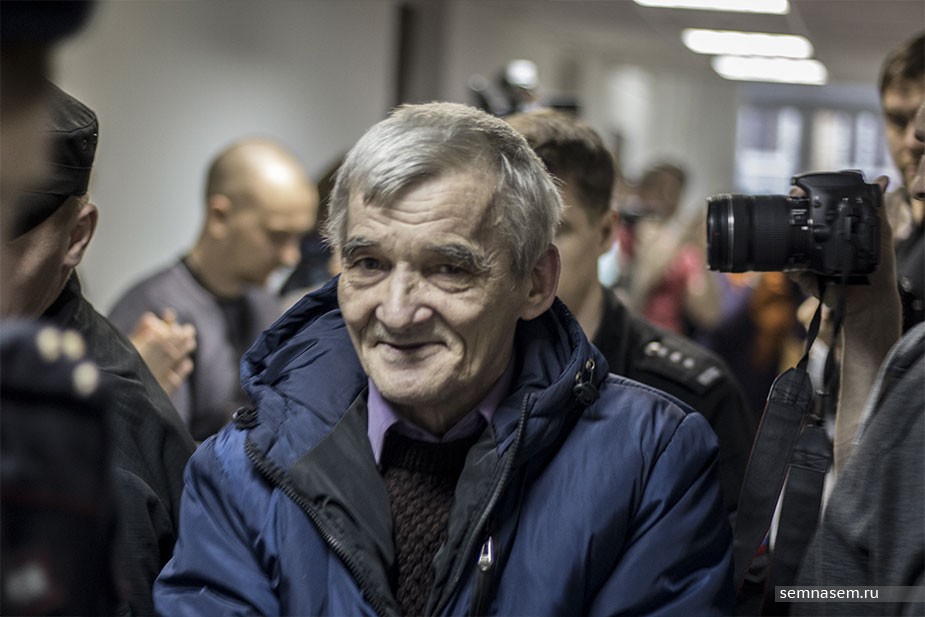 There are no signs of pornography in the pictures confiscated by police in the civil rights defender’s apartment, a new expert evaluation concludes.
Read in Russian | Читать по-русски
By

The results of the evaluation conducted by a group of independent legal experts from St. Petersburg were presented in a court hearing held in Petrozavodsk on 26th December.

«The experts conclude that the photos are not pornographic, that Yury Alekseevich did not have any sexual intentions og objectives, that the photos were used exclusively for control of physical health,» lawyer Viktor Anufriev said in a comment, 7x7-journal reports.

If the conclusion stands, it will be a key step in the process to get Dmitriev out of the prison cell where he has spent the last 12 months. However, Prosecutor Yelena Askerova and her people are likely to work hard for his continued arrest. After the presentation of the expert evaluation, Askerova requested a break in the court hearing in order to prepare a call for another, third, evaluation of the photo materials, 7x7-journal writes.

Yuri Dmitriev, the acknowledged historian and researcher of Stalinist repressions, was detained in his apartment on 13 December 2016 on suspicion of making pornographic pictures of his adopted daughter. The photos, according to the historian’s defence team, were a diary of the girl’s health, who was malnourished when she came to him from the children’s home.

On March 9, 2017, the prosecutors added more charges against Dmitriev. In addition to producing pornographic materials depicting minors, he was charged with Article 135 of the Russian Criminal Code (‘Non-violent sexual abuse’) and 222 (‘Illegal keeping of firearms’).

Interregional human rights organization Memorial in April this year recognized the Karelian historian as a political prisoner and demanded a stop in his criminal prosecution.

The criminal case is politically motivated and aimed at stopping the activist from commemorating victims of Stalinist repressions, and also at defaming the International Historical, Educational, Charitable and Human Rights Society Memorial and other organizations, Memorial argues.