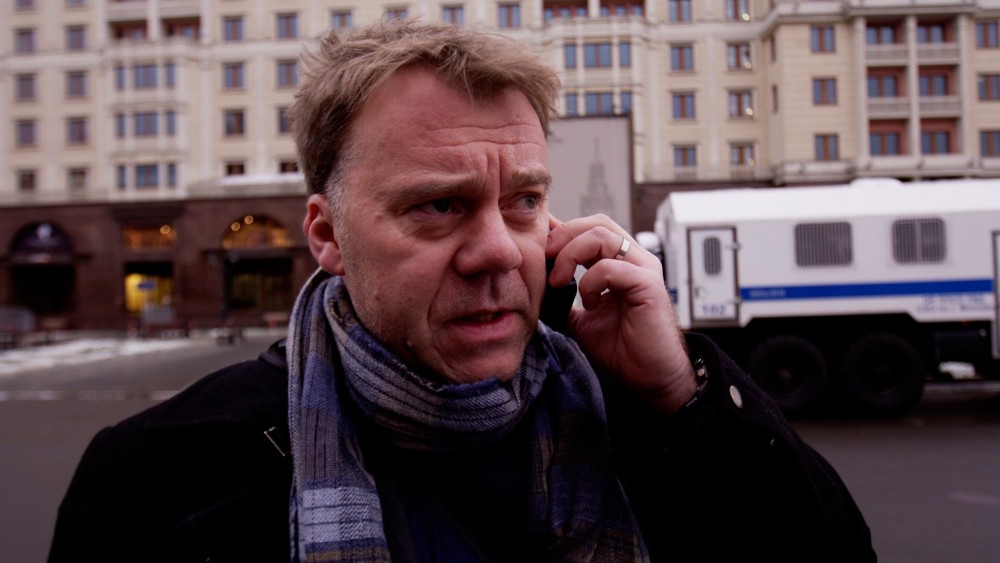 After massive media-coverage in Russia, Deputy Prime Minister Vitaly Mutko says denying the Norwegian journalists «was due to a technical problem.»
Read in Russian | Читать по-русски
By

Øystein Bogen, who together with cameraman Aage Aune, on Thursday were denied accreditation to cover Friday’s World Cup draw in Moscow are now re-accredited.

The «access denied» message got huge media coverage in Russia on Friday after Barents Observer reported about the case. Then, after 4 pm Moscow time, the two Norwegian journalists from TV2 got the needed permissions to cover the FIFA events.

«We have got permission to come to the draw, although without camera and microphone,» Øystein Bogen tells to the Barents Observer.

«[My] impression is that the matter was resolved after both FIFA and CPJ [Committee to Protect Journalists] became engaged,» Bogen says.

Russia’s Deputy Prime Minister, Vitaly Mutko, says to RIA Novosti «It was a technical problem, and now the accreditation is restored.»

Øystein Bogen and Aage Aune say the Deputy Prime Minister’s excuses  is not the same as they were told on Thursday.

«That explanation does not correspond with what we were told at the accreditation centre yesterday,» Øystein Bogen says and points to what they were informed to be Russia’s security services as the decision making units denying them accreditation.

In Norway, TV2 and NRK have bought the rights from FIFA to broadcast the 2018 World Cup.

The draw for the final matches in the World Cup will take place on Friday evening in the Kremlin.