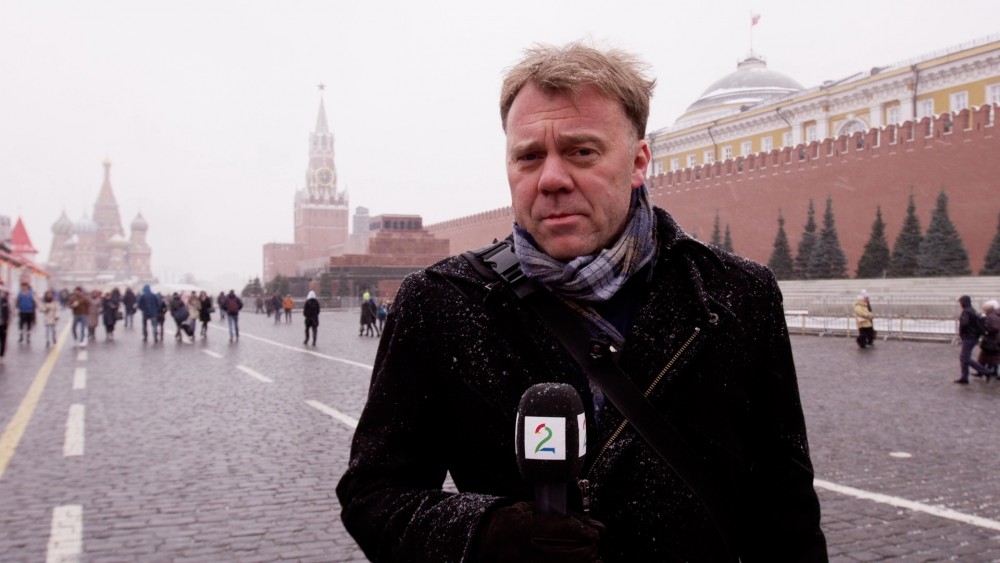 Journalist Øystein Bogen and cameraman Aage Aune are being told that they pose a threat to Russia’s national security.
Read in Russian | Читать по-русски
By

“I don’t think anything similar has ever happened in the history of FIFA, that a media rights licensee to the World Cup has been denied accreditation to events by the host country,” TV2 journalist Øystein Bogen tells the Barents Observer from Moscow late Thursday night.

On Friday, the formal ceremony of the final draw for the 2018 FIFA World Cup Russia takes place. In Kremlin, with President Vladimir Putin present.

In Norway, TV2 and NRK have bought the rights from FIFA to broadcast the 2018 World Cup. Informing about the broadcasting rights, FIFA writes on its own portal “The FIFA Broadcaster Servicing Department ensures that media rights licensees receive the highest possible standard of service.”

Obviously not so for TV2’s report team from Norway. Øystein Bogen, who has covered news from Russia in more than two decades, says the woman behind the desk at the press accreditation office said it was likely the FSB that had denied them accreditation.

“Who else are on Putin’s black-list,” Bogen asks and answers rhetorically the question: “Maybe only TV-stations that have behaved nice and not made any critical journalism about Russia will be welcomed to report from the matches.”

“This is an attack on press-freedom,” Øystein Bogen says.

Karianne Solbrække, news editor with TV2, says to the Barents Observer that the move is “remarkable and regrettable.”

“I really hope this is a misunderstanding. TV2 holds the rights to broadcast the World Cup and I expect that our team can safely exercise journalism without risking exclusion or harassment,” news editor Solbrække says.

She expects FIFA to have the same clear attitude to press freedom, letting journalists and commentators do their job when they are in Russia during the Championship.

“We have sent a written request to the Russian embassy in Norway asking why our team represents a security threat to Kremlin,” Karianne Solbrække says. The embassy replied quickly to the request, asking TV2 to contact Russia’s Ministry of Foreign Affairs.

So far, the Foreign Ministry in Moscow has not replied.

Last month, the ministry placed a report by TV2 on their portal with so-called “Fake News”.  The story in question, made by reporter Øystein Bogen, was an interview with Norway’s Chief of Security Police, Benedicte Bjørnland, were she said there are several examples lately where Russian intelligence puts pressure on Norwegians to spy on their own employer.

The foreign ministry in Moscow called the accusations groundless. “This is yet another attempt to use Western media to incite hatred of our country, this time in neighbouring Norway,” the statement from the ministry said.

Note to reader: The author of this article is also decleared by FSB to be a threat to Russian national security and has since March this year been denied entry to Russia.