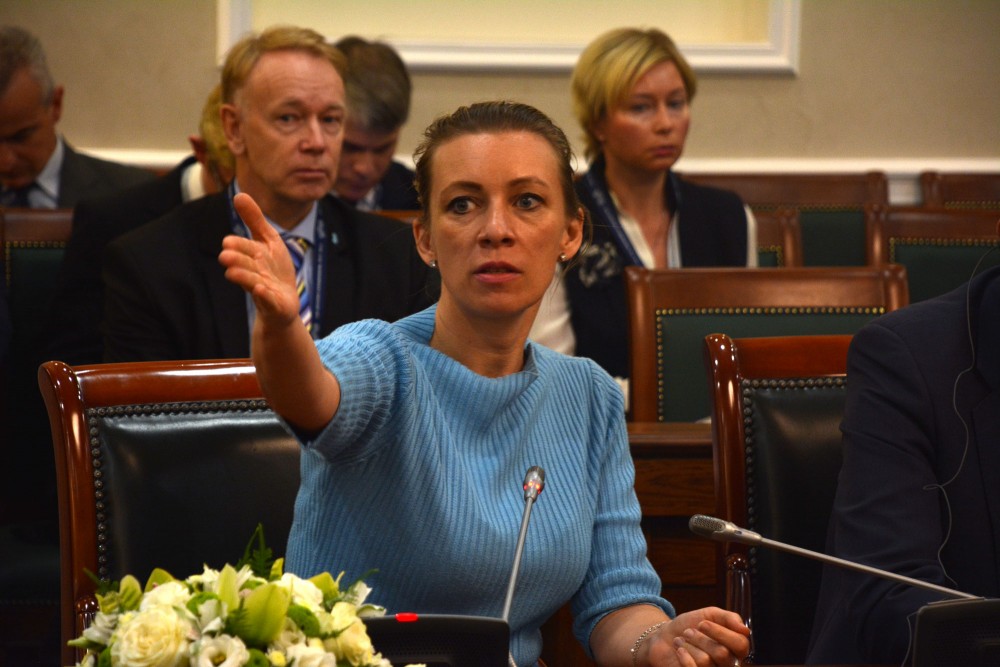 Legislators introduce a new set of restrictions against so-called foreign agent media. And the Foreign Ministry calls on the international community to stand up against western democracies and their «total attack on social media»
Read in Russian | Читать по-русски
By

It is the day before Russia’s annual 13th January Day of Journalists, and the country’s authorities are lashing out against the West, its media and its media policies.

In a session in the State Duma, the country’s lower house of parliament, the legislators adopted a bill which places additional pressure against Russian media companies and individuals who receive money from abroad.

According to the bill which was overwhelmingly approved by the MPs in a first reading, both private persons and media organizations that distribute foreign media contents and get money from abroad might soon be stamped «foreign agents».

Furthermore, the other media that refer to stories from the «foreign agents» will themselves have to make clear to readers that the source is an «agent», Meduza reports.

The bill is a significant aggravation of legislation adopted in mid-November last year. That law was aimed first of all on US organizations like the Voice of America and Radio Free Europe, and came after Washington’s introduction of restrictions against Russian state media companies RT and Sputnik.

With the new legislation adopted today, the State Duma takes aim also on Russian media entities. And it affects not only media companies, but also private individuals, as well as bloggers, Meduza reports.

In a comment, State Duma Vice-Speaker Petr Tolstoy underlines that the legislative measures are not aimed at tampering with freedom of speech.

«I want to put a stop to any speculations about the issue of limiting freedom of speech, [because] in this law there is not a word about any kind of censorship, because its does not in any way touch on contents», he says in a statement referred to by Meduza.

He admits that the laws are made as a response to the West.

«I partly agree that it would be desirable to move from a policy of symmetric response to a policy of action, but Russia abides to the generally accepted norms of international law and respects freedom of speech and globally-accepted democratic values», he says in a comment made in the State Duma.

At the same time as the State Duma deputies adopted new media legislation, the Foreign Ministry came with an unprecedented attack on European countries’ media policies. During her weekly press conference today, press spokeswoman Maria Zakharova warned against the West’s «total attack of the social media» and accused western democracies of encroaching of freedom of speech.

According to Zakharova, countries like Germany and the UK are introducing legislation which restricts the freedom of social media.

Under the cover of fighting extremism, the western democracies seek to establish control over the internet, the Ministry spokeswoman said. And part of the reason is to use the social media for propagandist purposes.

According to RBC, Zakharova during the press conference «called on the whole world of journalists» to protect their colleagues whose work are being restricted abroad».