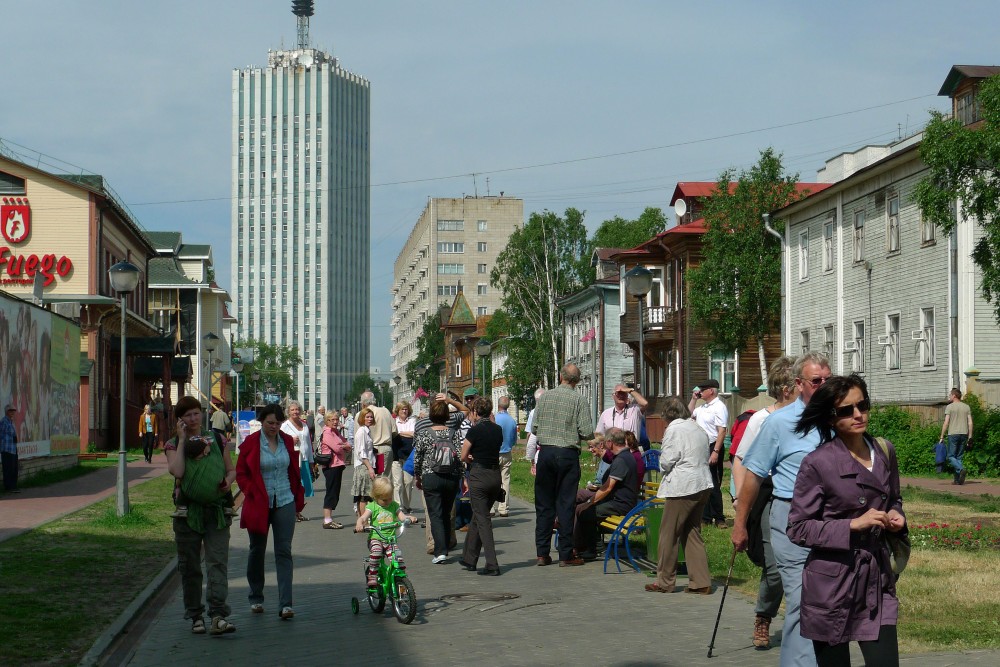 Chumbarovka is the pedestrian street in Arkhangelsk. Photo: Thomas Nilsen

Arkhangelsk and Murmansk Oblasts are the part of the Barents region with sharpest drop in population, while both Northern Sweden and Norway get more people.
Read in Russian | Читать по-русски
By

Västerbotten in northern Sweden sees the biggest growth in population over the last year, up about 3,400 people to 268,465 Statistics Sweden can tell. In Norrbotten the growth year-by-year is by 800 people. Like last year, it is the cities that count for the growth, especially Umeå, Skellefteå, Luleå and Piteå.

A similar trend is seen in Northern Norway with Tromsø as the population winner, up 329 people in the first quarter of 2018, Statistics Norway informs. For the county of Troms, population growth from 2017 to 2018 was up 0,5% to 166,792 inhabitants. Finnmark, Norway’s northernmost county, has a tiny growth of 0,1% over the last year. 76,094 people live in Finnmark. With that, there are now more people living in the northern Swedish city of Luleå (77,470) than in entire Finnmark.