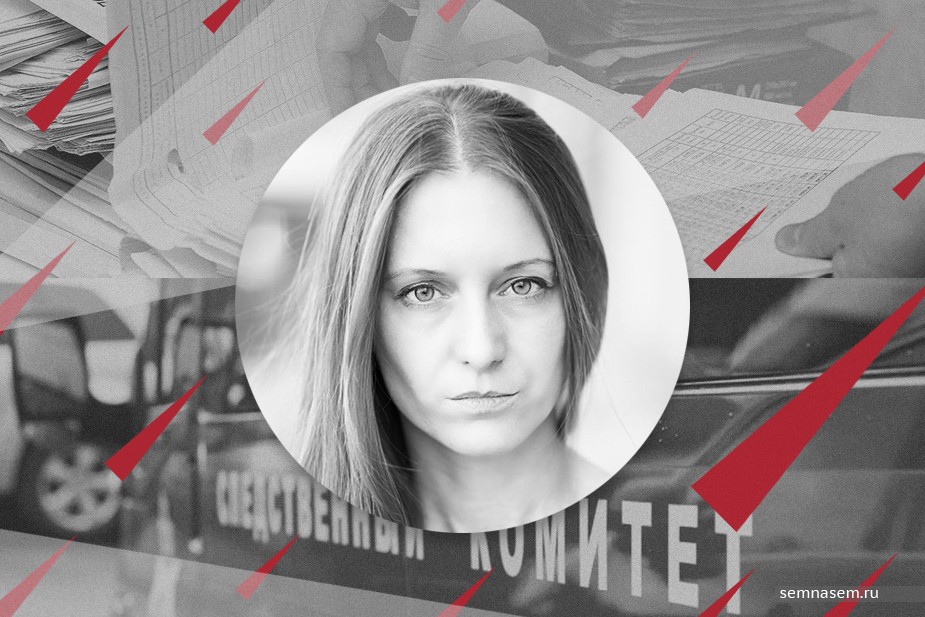 Svetlana Prokopyova was detained by masked man who first raided her home.
Read in Russian | Читать по-русски
By

On February 6th, security forces knocked on the door to Prokopyova’s apartment, as well as the editorial office of Echo of Moscow in Pskov. Files and record from the journalist’s computer were seized.

Another hit to the free press in #Russia today, after @EchoMskRu was fine $2,280 by a court in #Pskov. This comes after their journalist Svetlana Prokopyova was detained by armed men in masks. The men also raided her home prior to her detention: https://t.co/P8QFwCqPgi pic.twitter.com/QBiXqafsTK

Prokopyova was released after interrogation.

“I’ll write more in detail, but for now you have to remember that the main thing here is not so much about my story, but more about freedom of speech in Russia,” Svetlana Propokyova writes in a Facebook update on Thursday where she also informs about being online again after getting a phone and a tablet from a kind person.

MBK Media reports that security officials initiated a pre-investigation check on the journalist’s radio report about the October 2018 bomb explosion in the entrance of the FSB building downtown Arkhangelsk.

As reported by the Barents Observer, a teenage boy detonated a bomb inside the FSB building, killing himself and injuring three officers.

The 17-years old student who activated the self-made explosive device wrote in a social media forum for anarchists that «I alone take the responsibility for the act of terrorism in the Arkhangelsk FSB building. The reason that pushes me to do the act is the repressive police of the state, suppressive laws, state propaganda and much more.»

The criminal case against Prokopyova will establish if she is guilty on “publicly justifying terrorism” because of her article and radio comment about what happened in Arkhangelsk.

Lev Sholsberg, a regional deputy representing the Yabloko party in Pskov, writes in a column published by Echo of Moscow on Thursday that it is “the case against the journalist that is political terror.”

He claims the purpose of the investigation is attempted to limit freedom of speech and media freedom in Russia.

According to Sholsberg, the criminal case is a revenge against Svetlana Prokopyova because she said the state is leading “terror against citizens and destroy human rights.”

He thinks this shows that authorities perceive any criticism of state policy as a direct threat against themselves. “The case against Svetlana Prokopyova is political terror. This case is against every free citizen personally.”