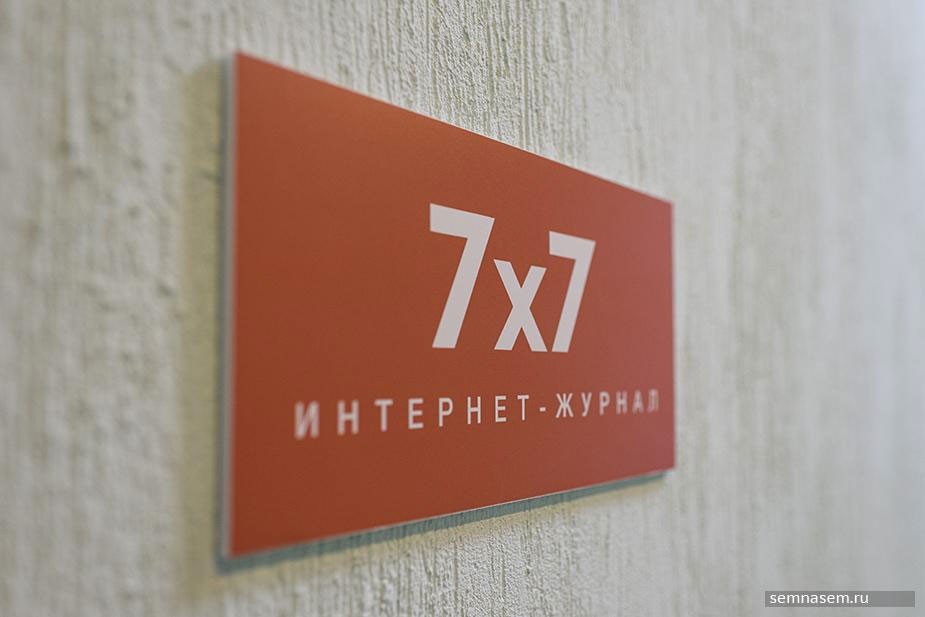 Russian media watchdog Roskomnadzor says online journal 7x7-journal broke the law when it published a series of blog posts in the local Komi language, as well as two translations in English.
Read in Russian | Читать по-русски
By

It is far from the first time that media director Pavel Andreev has to appear in court to defend his regional news journal 7x7-journal. But this time was slightly different.

The online publication was charged by the regional branch of Roskomnadzor for a series of stories published in the Komi and English languages. On the 26th December, Andreev and 7x7-journal was fined 20.000 rubles (€287).

According to Roskomnadzor, the journal broke the law when it published three blog posts written in the Komi language, as well two stories translated into English. The 7x7 is only permitted to publish in Russian, the media inspectors argue with reference to the registration documents submitted in 2010 in connection with the founding of the outlet.

The registration documents say that the journal will have Russian as its publication language.

The 7x7 lost the case in a local court in Syktyvkar. Judge Svetlana Kristeleva was not convinced by the arguments from the journal that the Komi stories were published also in Russian and that the two English stories were only translations of original Russian articles.

The author of the three Komi stories is regional student and blogger Nikolay Udoratin. In one of the stories he positively describes the recent election of Ukrainian President Vladimir Zelensky and makes comparisons between Ukraine and the Komi Republic.

The two English stories are titled respectively The Power of Comics and Lost in Immigration and are both part of collaborative projects. They were in 2019 republished by the Barents Observer.

The Power of Comics tells about how comics are used to preserve indigenous Finno-Ugric languages, while the Lost in Immigration describes the lives of several Russians that have migrated to Finland. The former in late 2019 won a reknown journalism prize.

Pavel Andreev fundamentally disagrees with the verdict of the local court.

«People have the right to speak and write in their local language, [and] we did not even think of the possibility to censor the blogger that wrote in his native language, » he underlines.

«On the contrary, we are proud that people are writing on our site in their native language and popularize their culture.»

Andreev also strongly disagrees with the punishment for the English publications. They were only translation of stories originally written in Russian, he underlines.

The 7x7 has previously been fined a number of times by Roskomnadzor. In 2018, the state media control authority gave the journal a record-big fine of 800.000 rubles (€11.500) after it published of a video interview with Mikhail Svetov, a leading member of the Russian Libertarian Party.

The state agency argued that the news journal with the interview «propagated illegal drug use».

Andreev and the 7x7 said the decision was «an act of censorship». The journal managed to pay the fine thanks to a major crowdfunding initiative.