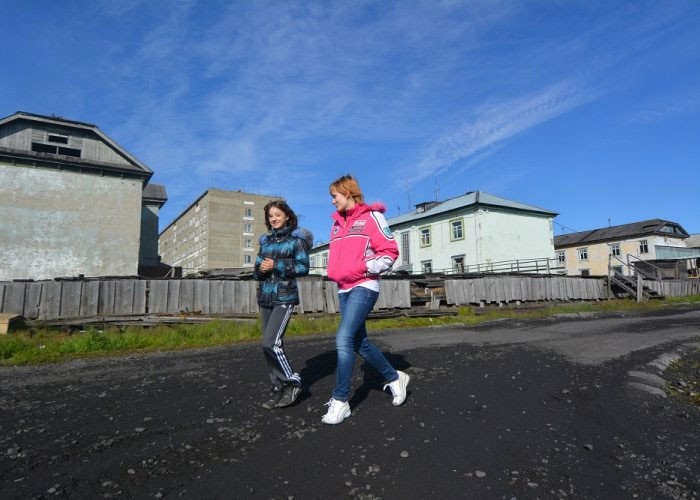 The remote Arctic town of Dikson in 2020 had about 7 °C higher temperatures than normal. Photo: Thomas Nilsen

It was the warmest year on record across the whole country, and Arctic regions smashed the temperature norm by up to 7 °C
Read in Russian | Читать по-русски
By

Russian meteorologists are bewildered by the extraordinary weather developments in the country. The year 2020 became the by far warmest ever in 130 years of measurements.

“The average air temperature on Russian territory was simply exceptional,” a statement from the weather research service Roshydromet reads.

According to the meteorologists, all of the country’s eight federal districts had a record-beating year. The only exception was the district of North Caucasus where the average temperature was the third highest.

The months of February, April, May, September and November all set national temperature records, while the months of January, March, June, July and October were among the five ever warmest on record, Roshydromet informs.

The biggest deviations were found in the Arctic, where average temperature were 5-7 degrees higher than normal. The absolute warmest area was the peninsula of Taymyr where the temperature deviation was more than 7 degrees.

For the whole country, the year 2020 was two degrees higher than normal, and in the European parts of the country the deviation was three degrees, Roshydromet informs.

In the Arctic, the year ended with severe cold. But just few weeks earlier, a series of smashing heat records were set. In early December, the average temperatures along major parts of the Russian Arctic coast were up to 15 °C above normal. And in November the deviation from normality in the region was set to 12 °C.