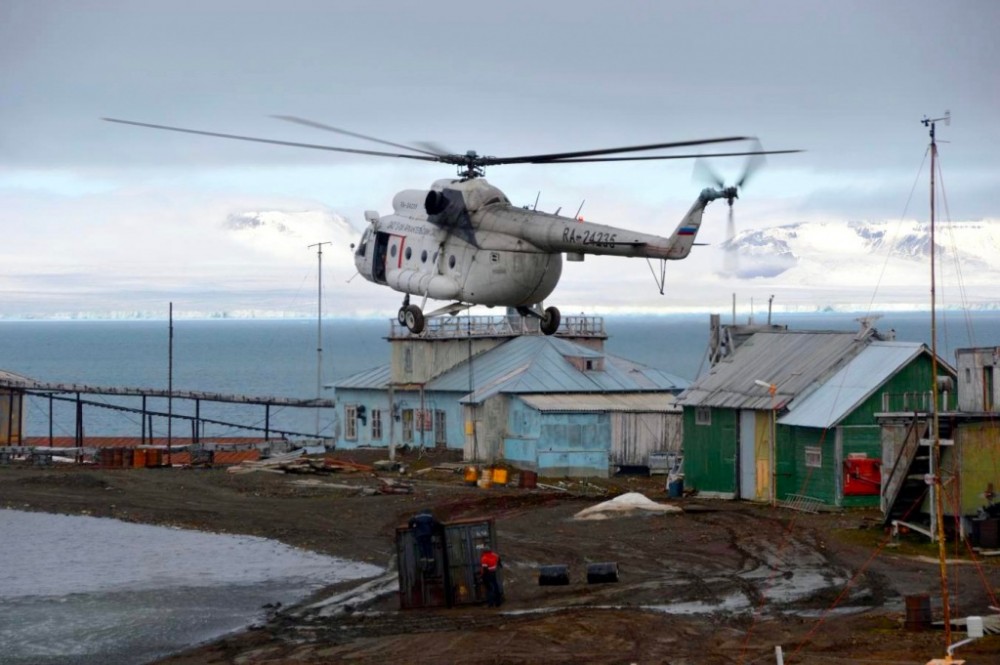 The Arctic research base that launched 1,500 rockets faces revival

Up to 140 people used to live at the Krenkel meteorological station in Russia's far northern Franz Josef Land. Now the once extraordinary research base could get a rebirth.
Read in Russian | Читать по-русски
By

It was one of the Soviet Union’s biggest research bases in the Arctic. The Krenkel meteorological station had an advanced observatory and launch pad for research rockets.

More than 1,500 rockets of the type MR-12 and M-100 are believed to have been launched from the remote island. A research team of up to 140  people lived on site through the whole year.

It was a small and isolated community and the remnants are still striking in the far northern archipelago. More than 15 buildings are still standing and scattered around are loads of rocket debris.

So is also the Il-14 aircraft that crashed on site in February 1981 killing two people.

The Krenkel station was established in 1957 under the name “Druzhnaya” (friendly), and the first geophysical rocket was launched in October that same year. The station was originally built in the Guker island but then moved to the geographically better suited island of Heiss.

Like so many bases across the Arctic, the Krenkel station experienced crisis and collapse in the 1990s, and in 2001 the premises were fully abandoned following a fire. Three years later however, it reopened and since then a team of five researchers have worked year-round on site. In 2016, a team from Russian meteorological service Roshydromet were on site to establish satellite telecommunication to the base.

The number of people at the remote island might soon grow.

According to Russian Minister of Natural Resources Aleksandr Kozlov, the network of Arctic research bases is to undergo major modernisation. By year 2024, comprehensive upgrades will be made at 32 bases, and another 136 bases will get partial upgrade. All of the sites will get their electricity and communications systems revamped, he said in a meeting in the government Arctic Commission in June this year year.

Russia has great plans for Arctic developments and monitoring of local environment and climate change is of growing importance.

Russia today has a total of 240 monitoring points across the Arctic. Most of them are meteorological mapping, and some do also hydrology and aerological studies.

Russia also plans to spend up to 1,6 billion rubles on the development of a network of permafrost monitoring sites. That network could include also the Krenkel station.

During a visit to the site by researchers from the Russian Floating University, an annual Arctic expedition, an abandoned drilling tower was examined. Renewed drilling on site could provide valuable information about environmental changes in the area, the researchers say.

They argue that the Heiss island is very well suited for studies of the permafrost.

A lion’s share of research activities in the region is managed by the Arctic National Park. Park Director Aleksandr Kirilov previously made clear that the former observatory premises at Heiss Island will be upgraded and that his staff subsequently will move in.

The national park today has its main base on the far bigger island of Aleksandra Land, located further west in the archipelago.