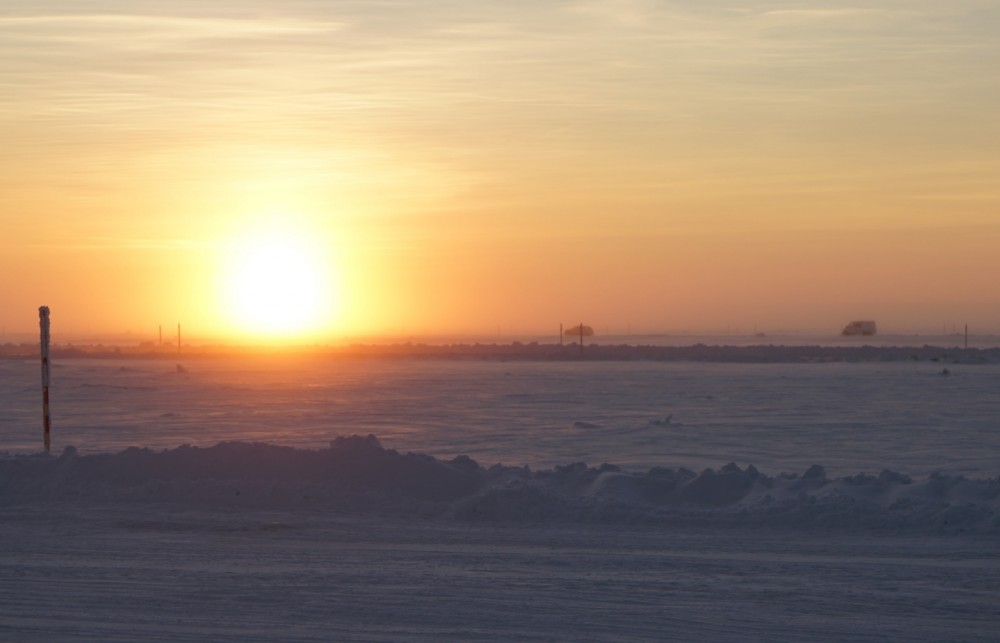 The port town of Dudinka reports about minus 39 °C and winds up to 25 meter per second, and a north Siberian town records a day with minus 57 °C.
Read in Russian | Читать по-русски
By

Towns and villages across the Russian far north this week had to take measures to handle an extreme cold that embraced major parts of the northern Urals and Siberia.

In the town of Dudinka, local authorities reported about serious problems with frozen pipes as temperatures dropped to minus 39 °C. At the same time, winds with a power up to 25 m/s gushed through the streets, the town informs.

The freeze was even more severe a bit further east. Across the coast of northern Siberia, the temperatures dropped to below minus 40 °C. And in the village of Oymyakom, locals on the 7th December woke up to temperatures down to minus 56,7, maps from the Russian meteorological institute Roshydromet show.

Extreme cold is nothing new for the people of Oymyakom. The village that is located in the Oymyakom valley is considered one of the coldest populated areas on the planet. A local weather station in January 1933 reportedly recorded temperatures down to −67,7°С.

The cold weather is affecting also the Arctic waters of the Laptev and East Siberian Seas where an early freeze has seriously hampered shipping.

The low temperatures come amid a general unprecedented warming.

Temperature data from Roshydromet show that the year of 2021 was far warmer that normal and that major parts of Russian Arctic coast had average temperatures between 2-4° С higher than normal.

The situation was even more extraordinary in 2020, which was the warmest year in Russia in 130 years of measurements. Across major parts of the country’s Arctic, average temperatures were between 5-7 degrees higher than norma, and the absolute warmest area was the peninsula of Taymyr where the temperature deviation was more than 7 degrees.

According to a recent Russian climate report , no other place in the country is experiencing a quicker warming than Taymyr and the coast of the East Siberian Sea. In the period 1976-2020, the warming per decade in the area amounted to 1,2℃.

That means that the average temperature in Taymyr today is about 5℃ higher than in the 1970s.