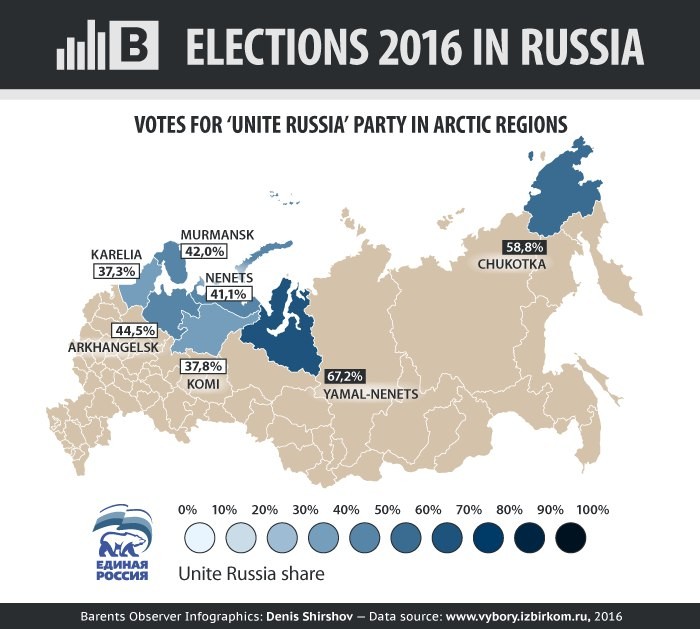 Like in the rest of the country, Prime Minister Dmitry Medvedev’s United Russia made a sweeping victory in the Russian North. The September 18th State Duma elections cemented and strengthened the power of Russia’s ruling party.

However, both voting results and turnout significantly varies across the country’s Arctic regions. While United Russia in the western Arctic regions got a better result in 2016 than in the previous 2011 elections, it got less support in central and eastern Arctic.