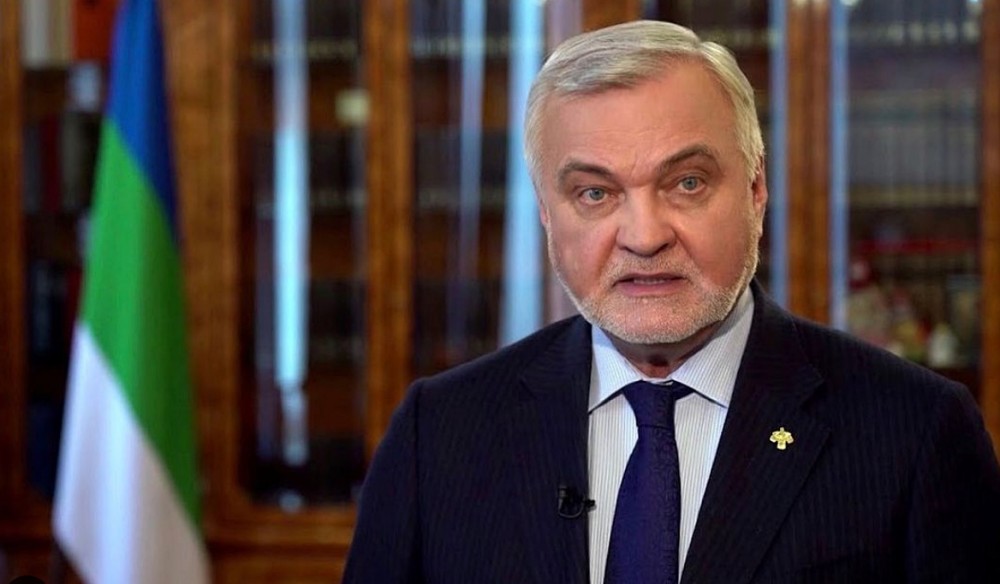 Vladimir Uyba was appointed regional leader as the coronavirus started to haunt the north Russian Komi Republic. This week, he was infected and hospitalised.
Read in Russian | Читать по-русски
By

Uyba, himself an epidemiologist by profession, was infected although he had gotten a double jab of Sputnik V.

According to the governor’s press service, Uyba is now hospitalised in the regional infectious diseases clinic. He is reported to be in “a satisfactory health condition.”

The press service informs that “the people of the republic supports the Komi leader and wishes him quick recovery of spirit and health.”

Vladimir Uyba was appointed leader of the republic in April 2020 as the number of COVID cases in the region spiked. For weeks in spring 2020, Komi was an epicentre for the virus in northern Russia.

It must have come as a big surprise for the 62 years old physician and top health official from Moscow. Only few weeks earlier had he been appointed deputy head of the country’s Ministry of Health. Before that, Uiba had served for 15 years in the Federal Medical Biological Agency, a body doing sanitary control and epidemiological surveillance across the country.

Since the start of the pandemic, more than 44,800 people in Komi have been infected with the virus. After several months of declining numbers, new cases are now again on the rise and regional authorities last week announced that a new lockdown might soon be imposed.

A total of 63 new cases were registered on the 16th of June, a major increase compared with last week.

The number of new cases are on the rise also in other north Russian regions, including in Murmansk.

At the same time, only about 11 percent of the Russian population is vaccinated.