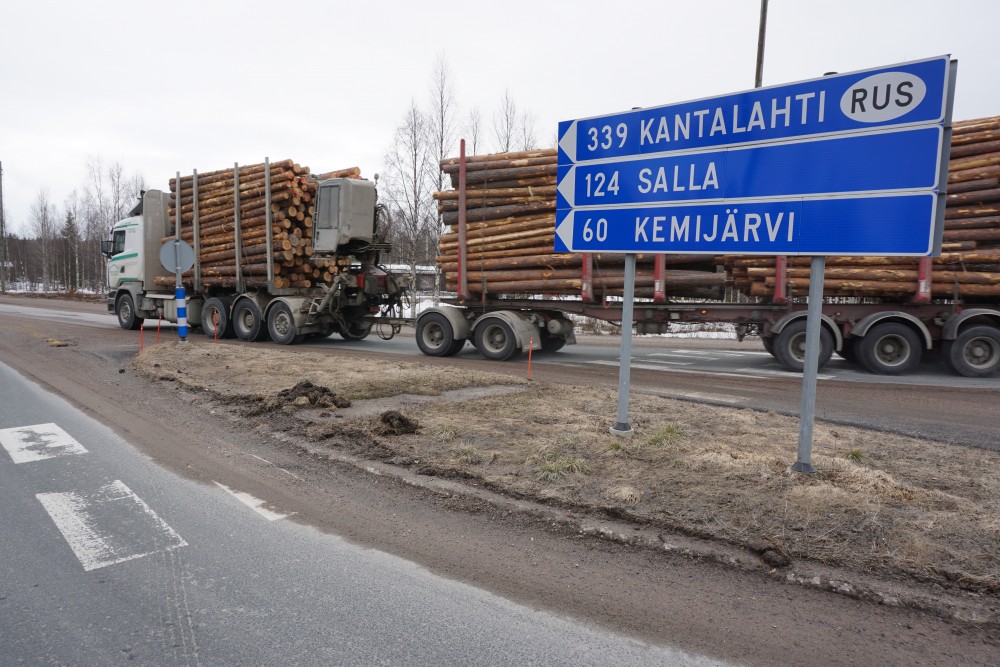 With 2021 dominated by pandemic-related travel restrictions, the number of people across the two northernmost checkpoints on Finland’s border to the Kola Peninsula reached record lows.
Read in Russian | Читать по-русски
By

Salla, northeast of Rovaniemi, and Raja-Joosepin near Ivalo are the European Union’s only two road connections to Russia inside the Arctic Circle. Before the pandemic, traffic had steadily increased year after year since the late 1980ties, mainly driven by cross-border shopping and leisure travel by people from the Murmansk region.

The total traffic on the northeastern border decreased by a total of about 84% compared to 2020 and by 97% compared to 2019, according to the Finnish Border Guards’ statistics for 2021.

Travel restrictions were introduced up north in early March 2020 when Governor of Murmansk, Andrey Chibis, urged the region’s inhabitants to refrain from traveling to neighboring countries, that being Finland and Norway. It was in late January 2020 that the first COVID-19 infected person was hospitalized and isolated in Lapland.

A few weeks later, both Finland and Norway pressed the alarm bell and introduced lockdown. Since then, very few people have crossed the border. Mainly truck drivers and a few other business-related travels, or officials from the two countries. Shopping and leisure travel, as well as transit travel from northern Russia via the airports of Ivalo and Rovaniemi, are nearly non-existing.

4,327 people crossed over Salla, while 2,736 people were counted at the Raja-Joosepin checkpoint last year.

Peak-year for border crossings between Russia’s Kola Peninsula and northern Finland was 2013 when a total of 386,942 people traveled at the two checkpoints. That was 54 times more border crossings than in 2021. With Moscow’s illegal annexation of Crimea and the war in eastern Ukraine from 2014, cross-border traffic declined steadily year by year until 2019 when a total of 201,057 border crossings were counted at Salla and Raja-Joosepin.

Travel between the two countries in the north was down 97% last year compared with 2019.